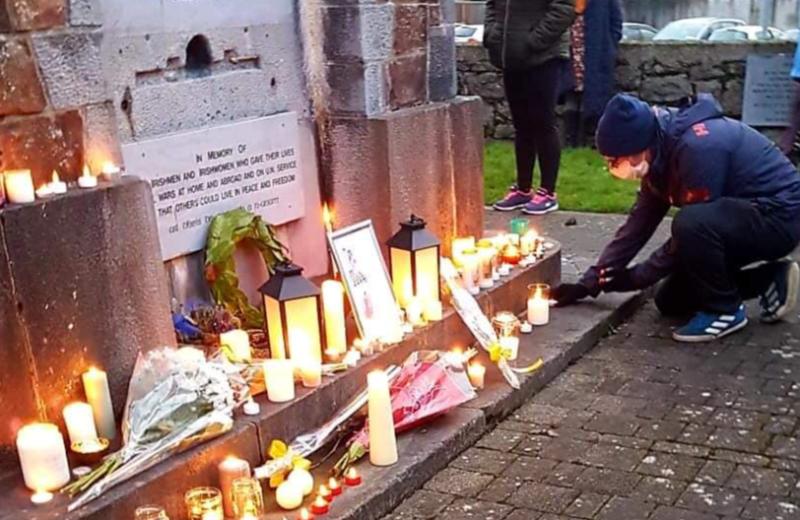 A Portlaoise councillor who has repeatedly called for a Laois women's refuge, has described the murder of Ashling Murphy as an act of evil.

Cllr Catherine Fitzgerald has joined with others in extending her sympathies to the young Offaly teacher's family.

“I’m shocked, it’s such a terrible tragedy, a tragic loss of life. My deepest sympathy to the family, friends and colleagues of Ashling Murphy,” she told the Leinster Express.

She attended a vigil in Portlaoise held at the Memorial Garden on January 14.

“Everyone was just in sadness, grief and shock, there is just a whole cloud of sadness. It is just so tragic, words fail you,” she said.

“People do evil acts. I know it is only a very small minority of men. It is your worst nightmare as a parent.

"We all will never forget this but Ashling's family have to live with this for the rest of their lives. I hope that justice is done, that the killer is brought to justice. When you look at other cases where there is no killer found, no body found, like Fiona Pender or Imelda Keenan, it’s horrific.

“It’s all down to people having respect for one another. The gender doesn’t matter, it starts from small children up. If we can instill that in boys and girls in homes and schools, everyone should have respect.

Cllr Fitzgerald and other female Portlaoise councillors have been calling for years for a Laois refuge building for women and children suffering violence in the home. Laois is one of nine counties with no refuge.

She said that this is a separate issue to the tragedy of Ashling’s death.

However she said that attitudes must change to protect all women.

“I feel there is much more a sense of urgency now in the state agencies than there was years ago when we were trying to get a refuge,” Cllr Fitzgerald said.