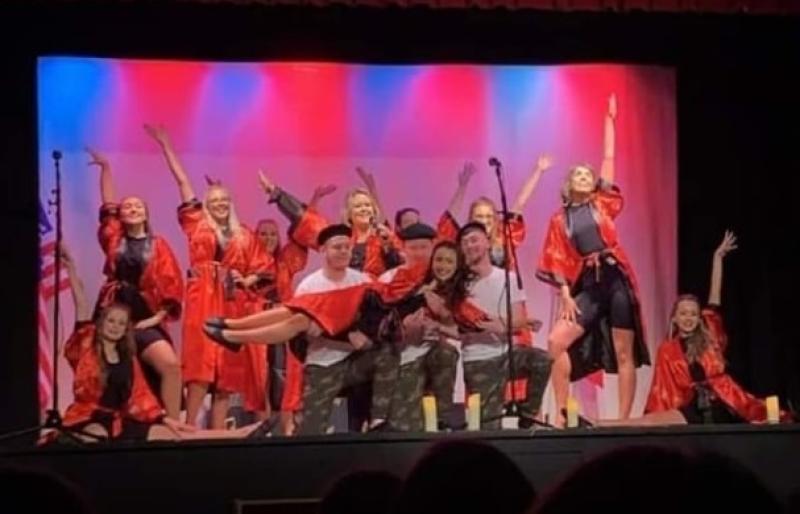 The final moment for the Mountmellick Macra Capers team performance.

A Laois Macra club team have been announced as the 2022 winners of a national variety show competition.

For the first time ever Mountmellick Macra na Feirme has won the national FBD Capers competition final for a showstopping performance packed with music, dance, comedy and history.

It has been a long wait, as the club competed in the twenty-minute variety show competition for over 20 years.  They reached the Capers national finals a total of 12 times and were placed 2nd and 3rd many times, but never scooped the top prize.

Below: the winning Capers team from Mountmellick Macra na Feirme. 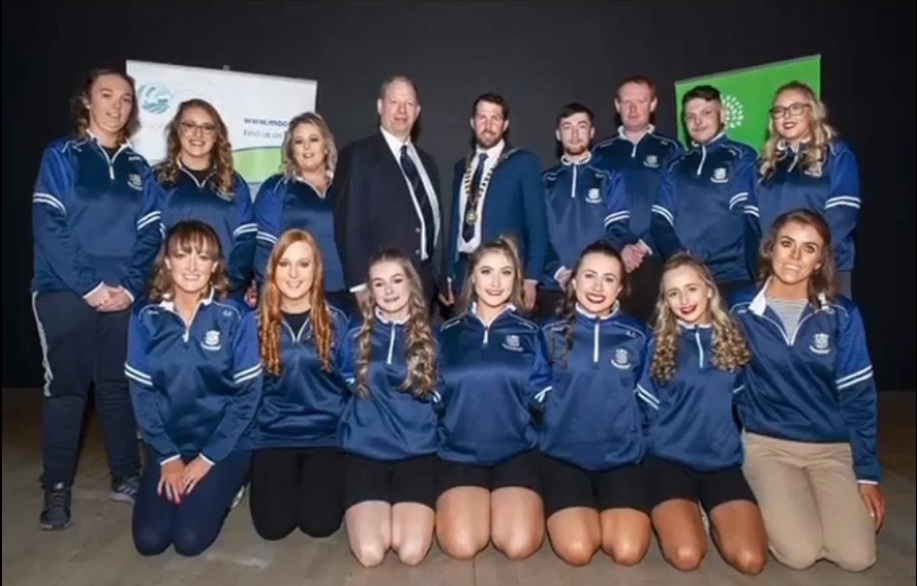 Capers is a twenty-minute variety show with a mixture of musical numbers, disco dance, comedy sketches, historical pieces and is similar to the John Player ‘Tops of the Town’ show. The Capers competition is seen as a replacement for ‘Tops of the Town’ in rural Ireland.

“We are delighted to bring the national title home to Mountmellick for the first time. The show has been in the works since last October and we have worked tirelessly to put together a show that captures both the essence of the Capers competition and Mountmellick Macra.

"It has long been an ambition for the club to win the golden title and we are happy to announce that 2022 is the year we have done it. We would like to thank each and every person who helped us on this journey and paved the way for Mountmellick to bring home the trophy.”

No St Patrick's Day parade in Portlaoise this year

The backstage crew consisted of Shane Fitzpatrick, Aidan Moore and Kevin Scott with Larry Ryan on lighting and Yvonne O’Neill on sound.

Laois schools set for boost after getting DEIS status

The club wishes to congratulate Callan Macra from Kilkenny who won second place on the night and Banteer Macra from Cork who won third.

For more information on Mountmellick Macra visit their Facebook page.