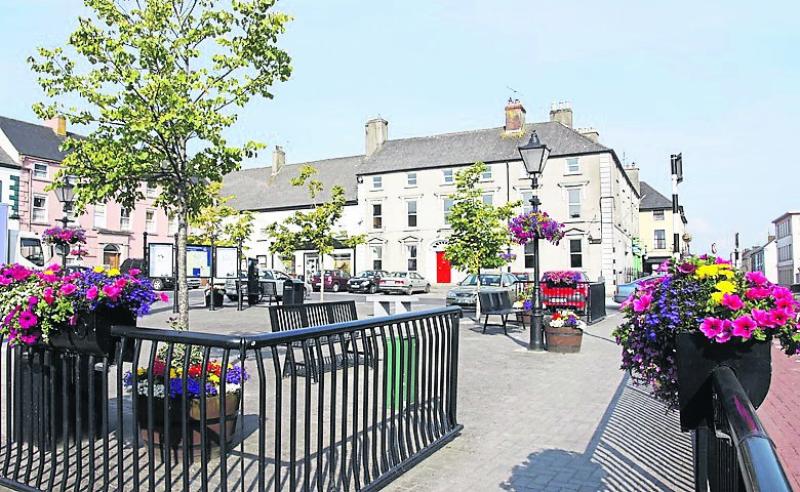 A specific roadmap could be drawn up for the heart of Mountmellick as part of the preparation of a new local blueprint for the town, according to Laois County Council.

The possibility of a targeted facelift for O’Connell Square was revealed to Cllr Paddy Bracken, Fianna Fáil, who raised the issue at a recent meeting with officials.

Cllr Bracken tabled a motion calling on the local authority to prepare a plan and provide funding for the centre area of O’ Connell Square, Mountmellick. He added that this is necessary to complement the paving works that are currently taking place.

He welcomed the latest work but said additional upgrade must be prioritised at the historic square.

“There is an urgency…It is the centrepiece of the town,” he said.

“Work on the Mountmellick Local Area Plan will commence shortly and will provide a framework for the development of the town. The Planning Authority will investigate the possibility of preparing a specific more detailed plan for O’ Connell Square, Mountmellick within the Local Area Plan.

“An issues paper will be prepared and published during the summer with a draft plan ready for Q4 2022. The Planning Authority will then investigate what funding is available in order to carry out works identified within the plan for O’Connell Square,” he said.

Cllr Bracken welcomed this adding that the plan was needed when the issue was raised at the Borris-in-Ossory Mountmellick Municipal District meeting.