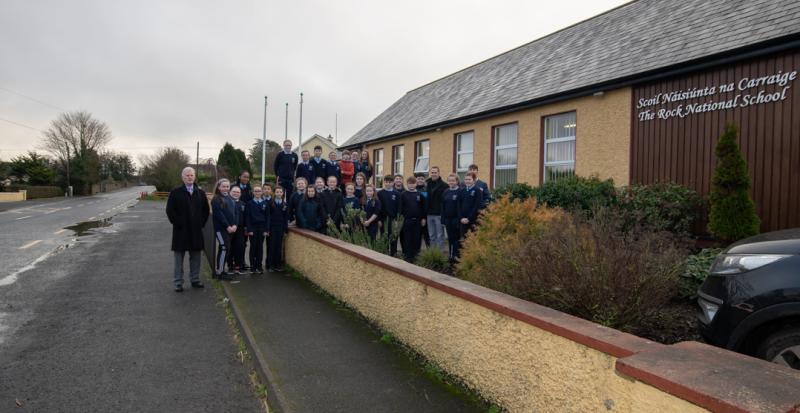 A long running campaign to link The Rock National School to Mountmellick via a footpath is finally coming to fruition with fantastic work being carried out on the project, according to a Laois councillor.

Cllr Paddy Bracken, Fianna Fáil, delivered high praise to council staff for the high quality of work that went into the new footpath at The Rock.

“Fantastic job”, said Cllr Paddy Bracken of the new footpath and lighting that links The Rock to Mountmellick.

Cllr Bracken acknowledged the work of the Active Travel team in Laois County Council though he did say there are many parts of Laois that could benefit from paths.

Residents of a community near Mountmellick joined with a 200 pupil primary school and GAA club to campaign for a footpath from Laois County Council. Just 300m of footpath is needed to complete a safe 2km walk from The Rock to Mountmellick.

People living on the outkirts of Mountmellick also stand to benefit.