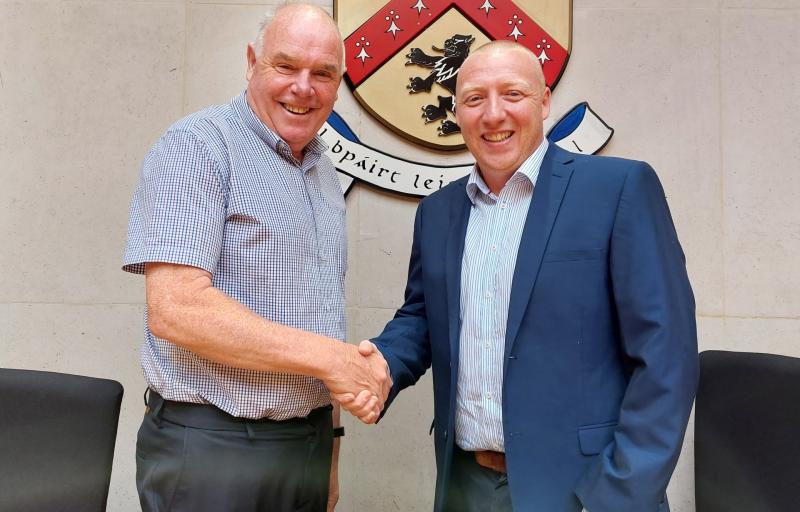 Less than four months ago, quantity surveyer Barry Walsh took on the role of public representative for the Portlaoise Municipal District.

He had agreed to be co-opted by Laois Fine Gael to replace Cllr Mary Sweeney who had retired early from her role, after serving 22 years. Both live in Ballyroan near Portlaoise.

This Wednesday, June 15, he was elected as chairperson of the district for the coming year, by his five Fine Gael and Fianna Fáil colleagues in Portlaoise Municipal District.

"I am surprised and honoured and delighted to accept this role. You have welcomed me since March with advice and courtesy. I will carry this out to the best of my ability, just go easy on me for the first meeting," he said.

Fianna Fáil Cllr Catherine Fitzgerald was elected as vice chair for the year ahead.

There are seven councillors serving the district, and Labour Cllr Noel Tuohy had been proposed by Sinn Féin Cllr Caroline Dwane Stanley, seconding himself.

He had in turn proposed Cllr Dwane Stanley as Vice chair and she seconded herself, but with five votes to two it was as a majority rule win for Fine Gael and Fianna Fáil, as it also is in the other two Laois municipal districts and the overall council of 19 councillors.

"I'd love to sit here and give out but I can't because everybody here is fair and I have no doubt Barry will be the same. You won't get undue hassle, you might get hassle but it won't be undue," Cllr Tuohy said.

"On behalf of myself and staff, the efficiency and fairness with which you ran meetings was excellent. You oversaw some very important projects for the municipal district, thank you for the way you conducted meetings, you were more than fair," he said.

"I stood in for Mary but I'd rather Mary was here herself," he said.

"When someone comes in to stand for the Laois electorate, a position like this should be available, we need to encourage people into local democracy," he said.

The Portlaoise Muncipal District has now begun its summer recess, with the next meeting to take place in September.