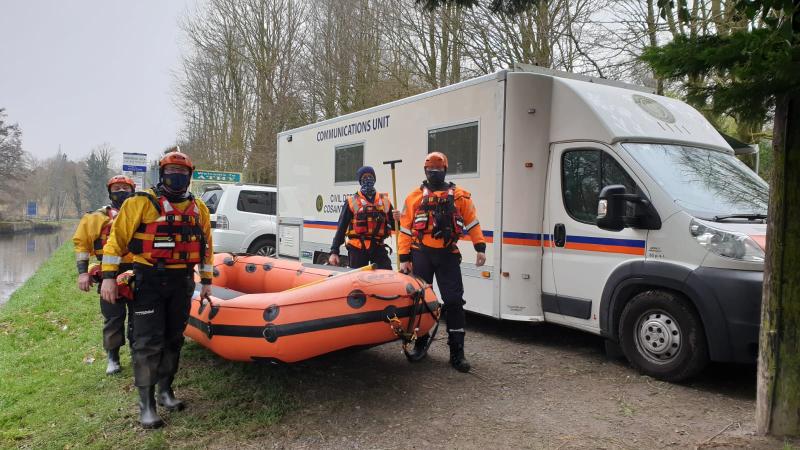 A search that began a year ago in Portlaoise to find a new headquarters for Laois Civil Defence could be at a successful end.

The volunteer emergency services organisation has no central base to house all its equipment including ambulances and boats, or to give training, with about 35 members and growing.

Laois County Council has nearly given up on hopes of finding a site or a building in Portlaoise to buy.

Instead, following pressure from Portlaoise councillors to push the project on, they are considering using their own land.

Simon Walton Director of Services confirmed the news in June, in answer to a motion tabled to the Portlaoise Municipal District by Cllr Caroline Dwane Stanley asking them to move ahead with a new build.

"The emerging preferred site is definitely the Mountrath road (council depot). There are things to be worked out yet, to rearrange the site so that all existing users can be accommodated, including the Order of Malta," Mr Walton said.

He said that Laois County Council will however "still keep an eye on the market".

"It is likely to be October or November before we start a Part 8 public consultation. In the meantime if some opportunity comes up we will explore that," Mr Walton said.

Cllr Dwane Stanley had urged the council to get moving on its own land in a motion tabled to the district last February. She welcomed the update.

"I welcome that we are now moving on. Simon did give a commitment and stuck to his word. There has been enough time spent looking for a property. We need to move ahead and provide a headquarters for the civil defence. I acknowledge the great work they do in the community. They are called out to all types of situations in all weather," she said.

More lights and less nettles and briars at Portlaoise pitch

Cllr Willie Aird urged that the Order of Malta, a volunteer medical organisation, be not put out, describing them as "an anchor tenant".

""There is no question that we are looking to displace any current user of this site," Mr Walton replied.

Another piece of council land in Clonminam was also strongly considered, among "four or five sites" he said.