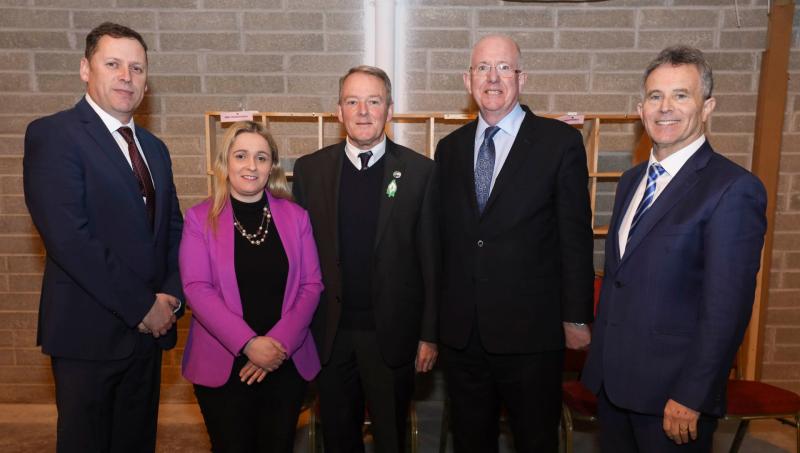 Laois Offaly is now officially under represented in Dáil Éireann according to the newly published Census figures which also reveal that Laois now has enough people living in it to justify have three TDs in Leinster house.

could force the of the Electoral Commission to tinker once again with the five seat constituency.

Census figures show that the population across the two counties justified more TDs than current make up when Laois and Offaly.

The deficit in representation would be higher if the heavily populated town of Portarlington and surrounds were included. The Electoral Commission relocated that area to Kildare South for the 2020 General Election because it had a deficit.  Some 9,450 people were plucked from Laois and 2,404 from Offaly and 3,226 population from Kildare North were added to Kildare South.

A the time the Commission also reunited Laois and Offaly but this resulted in the loss of a seat to Kildare. Laois and Offaly were two separate three seat constituencies for the first time in 2016 because the 2011 Census showed the two counties were under represented. A chunk of Tipperary was included in Offaly to bring up its number while Monasterevin was put into Laois to bring up its numbers.

Now however, Laois has a population of more than 90,000 within the county boundary due to a more than 8% increase in population. It could become revert to a three seat constituency. Offaly's population has increased by 6% to 82,668 which is 8,000 short of justifying three seats.

At present three of the Laois Offaly TDs are based in Laois and two in Offaly. One of the Kildare South TDs claims a base in Portarlington.

If the Electoral Commission is facing problems trying to sort out Laois and Offaly similar problems lay in store right around Ireland because the number of TDs are capped.

Based on the preliminary population count of 5,123,536 persons nationally, the current total of 160 TDs, the average number of persons per TD for the country was 32,022.

The preliminary census results show that 38 of the 39 Dáil constituencies had more than 30,000 persons per TD.

Among the constituencies, those with the highest number of persons per TD were Dublin Fingal with 34,138 persons per TD, Dublin Rathdown with 33,718 persons and Kildare North with 33,589 persons.

The fastest-growing Dáil constituency was Meath East which increased by 11,493 persons or 13% over the six years between 2016 and 2022. The slowest growing constituencies were Dublin Bay South (5%), Limerick County (4%) and Donegal (4%). None of the 39 constituencies showed a fall in population.