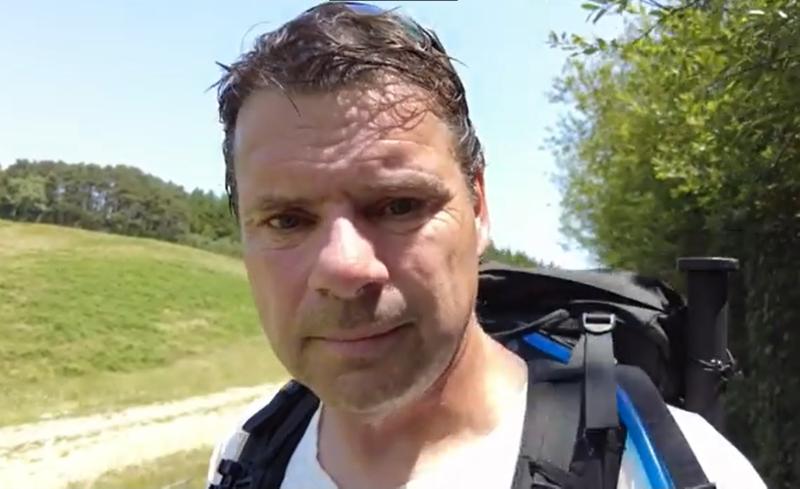 A Laois man who stepped out of his front door on April 4 with a rucksack on his back and started walking to southern Spain, has revealed how his journey is going.

Eamonn Culliton who grew up in Eyne and now lives in Portlaoise, took a break from his job as an aerospace engineer in Shannon to attempt his personal epic pilgrim.

He had aimed to walk on as many traditional camino routes as possible all the way to the famous Santiago de Compostela in Spain, sharing updates en route so people can continue to donate to his good cause.

It is all in aid of the Irish Cancer Society, in honour of Eamonn's late sister Alice Culliton who died at Christmas time in 2020.

Eamonn has now reached Lluarca, some 240km from his final destination, where he rested for the night in an Albergue which is a hostel for pilgrims.

It means he has already walked over 2,250km, hitting an incredible average of 170km each week.

He had first walked to Monasterevin then along the canal to Dublin, catching the ferry to Holyhead and then walked down through the UK to get a boat to France, where he walked right down to Spain.

Eamonn gave an update to the Leinster Express on how his challenge has progressed, and how he is both physically and mentally at this point.

"I'm about 2 days from Ribadeo where Del Norte leaves the coast and heads inland to Santiago. I hope to arrive there around the 15th of July. Everything has gone OK in general, there have been plenty of small technical issues but there has always been a fix.

"Physically I have lost over 10kgs and I'm fitter than I have ever been in my life.

"Mentally it has taken its toll, but I just have to remember the reasons for doing it.

"So many people have helped on the way it would be hard to mention them all. Since Irun I have been travelling with three other people, they have helped keep me going.  I have met so many people it is incredible, and so will remain lifelong friends," Eamonn said.

He is dad to Cormac and Carolyn, and a plan for Carolyn to fly from Australia to walk the final stretch with him unfortunately fell through, Eamonn confirmed.

Eamonn posts regular video updates to keep the donations coming in. See below for his recent update.

He is looking forward to a well deserved rest.

"When it's over I want to hide away for a couple of weeks to recuperate, no big plans just R&R," said Eamonn.

Donate to his fundraiser here.