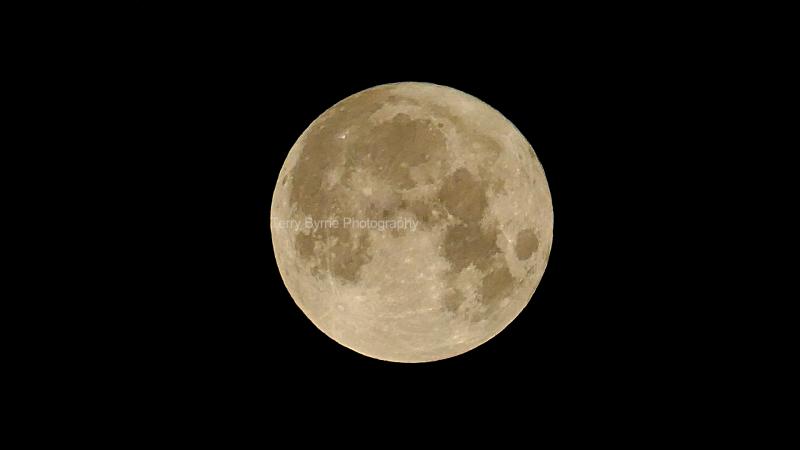 Tonight the skies over Laois will be filled with two special phenomena, the Sturgeon supermoon, and the Perseid meteor shower, bringing hundreds of shooting stars to wish upon.

The Leinster Express got some expert advice from Laois photography enthusiasts Terry Byrne and Sandy Middleton on where, when and how to view the exciting events.

They have a favourite spot to go for photographs.

"Normally the Rock of Dunamase is ideal. You do need to bring torches to get up there because the ground can be treacherous," Terry said.

He suggests going to the Ridge of Capard in the Slieve Bloom mountains too, again with a note of caution about the winding roads.

The good news is the vistas will be visible almost anywhere in Laois.

"Try and get away from the atmospheric light pollution in towns. Get comfortable where you can lie back even on a lounge chair. Let your eyes adapt to the darkness for about 10 minutes. Look north for the Perseids," he said.

"There will be about 150 clusters of meteorites, as well as fireballs. Some of them are blue and green," Sandy said.

The moon will be best about 9.55pm tonight as it rises in the South East they said. The shower will be focused on the North, best around midnight.

"The best thing is both of these can be enjoyed with the naked eye without equipment, that's why there is so much interest when they occur every year and put on a show. The meteorites are smashed up pieces from the Comet Swift Tuttle," Terry said.

"The Sturgeon Moon is named after the large numbers of lake sturgeon in the Great Lakes. The Celts called it Dispute Moon and Lynx Moon, and the Anglo-Saxons the Grain Moon. Other names include Corn Moon and Lightning Moon," he said.

Terry is a music teacher in Laois Music Generation, frontman with band The Valves and an artist.

With Sandy, they document their travels and explorations of Irish heritage and mythology on @rolling soles adventures and @soul blossom_wellness on Instagram and on YouTube at https://www.youtube.com/channel/UC_Y3BV3Qh705i4UbA7FmNVg