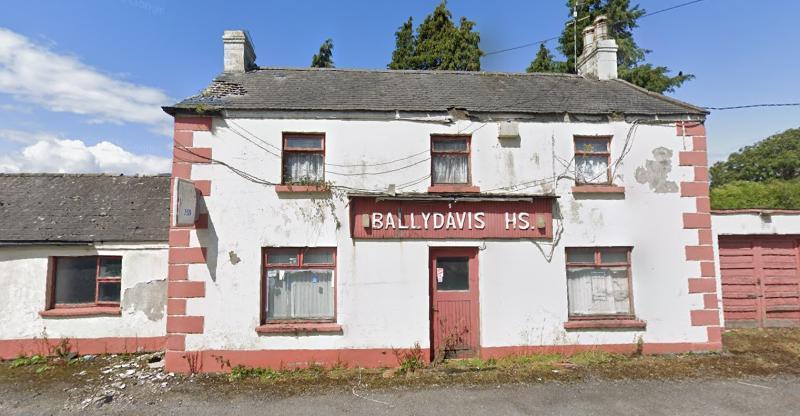 Four generations of Dunne family whose links to The Heath remain evident in the form of Ballydavis House are planning a reunion to coincide the 40th anniversary of the last Dunne family gathering.

Visitors to The Heath couldn’t help but be curious when travelling past Ballydavis House, which is just shy of the golf club and the primary school on the left-hand side of Madam’s Road as one approaches Ballydavis from the direction of Portlaoise.

The building seems to emanate the promise of a lost local lore. Indeed, the last time the august dwelling, which has in truth seen better days, was in the news in the Leinster Express, it was to share that the building had been spared the inglorious end of demolition because it was deemed to be part of The Heath’s ‘vernacular.’

That vernacular has been somewhat quietened over time, especially since the once bustling public house, which occupied the lower floor and which was the hub of the local community, was sold by Dan and Nancy Dunne and the family moved out of the dwelling in September 1992.  However, the somewhat faded glory of the Dunne family dwelling on the Heath is about to be enthusiastically re-energised as the wider Dunne family will soon be exchanging tales of the past and regaling one another with updates about the ever-extending reach of the present and future generations whose historical roots are firmly planted in The Heath.

The organisers of the get together, Kevin Bracken from Portlaoise, whose mother Nancy is a well-known former primary teacher in the town, Alannah Belanger and her mother Maureen Dunne from Montreal in Canada, whose father Paddy emigrated to Canada in June 1957 where he worked on the burgeoning telecommunication systems of Canada and Monica Dunne whose parents used to run Ballydavis House, are expecting some 85 members of the wider clan to come together over the weekend of the 16th through to the 19th of September.

According to Kevin the event has been “some years in the making and the seeds of the idea were sown during a family zoom call during covid when some of the Dunne elders recalled a family reunion held over 40 years ago”.

The organisers' extended families will also be joined by Tim Dunne, whose father Tim and mother Beatrice owned a shop in Clontarf for many years. The Quinn family from Clarecastle in Co Clare, whose mother Kitty is the youngest of the original Ballydavis House Dunne family will be present in force. The events will be enlivened by the Comerford family from Nenagh in County Tipperary. At 91 years of age, Betty Comerford (nee Dunne) is the oldest surviving member of the original Dunne siblings. They will be joined by the O’Sheehans, whose mother Josephine and father Ciaran owned a shop in Dun Laoghaire for many years. Also the family will celebrate and remember Frank Dunne and Denis Dunne who emigrated to Canada and the UK respectively and Vera Walworth (nee Dunne) who left The Heath for the UK and later settled in Canada and  the U.S.

The event will bring together four generations of Dunnes in what promises to be an inspiring time for the family network of sisters, brothers, cousins, grandchildren and friends. Four days of events are planned around Laois, including Slieve Bloom Mountain biking, walks in Oakvale, Stradbally and golfing at the Heath links. These shindigs will doubtless provide a segue for the birth of new tales for a family that is already steeped in tradition.

Ballydavis House may well be tumbling into an inevitable state of oblivion with its dilapidated roof, and flowering plants growing from the window sills on the second floor but it wouldn’t be a surprise to see the laced curtains, that yet adorn the windows of the erstwhile Dunne dwelling, being drawn aside by the eager spirits of former residents as they join in the enthusiasm of their extended clan for regaling tales of yore from Ballydavis and beyond.