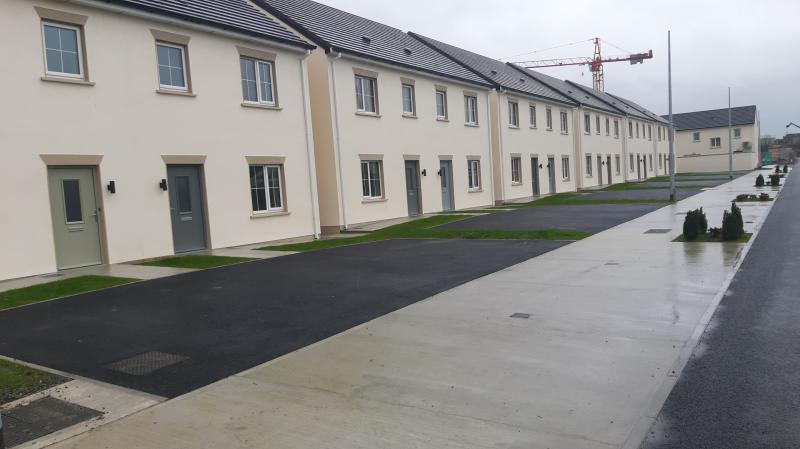 A local TD has welcomed the announcement confirming the change of bands for social/council housing in Laois but she has questioned the lack of change in Offaly which has an impact on Portarlington which is on the border of the two counties.

“There have been persistent calls for several years now for the current system to be updated as within the current model even those in emergency accommodation can be refused access to social housing lists if their income is only marginally above the application threshold,” she remarked.

“I think this is a common-sense move that is significantly overdue. We simply could not go on with the current approach remaining in place given its manifest unfairness.

“As I understand it Minister Darragh O’Brien received a report of the eligibility thresholds from departmental officials in December 2021. Since then, he appears to have simply sat on the report and ignored the urgency of providing new direction on this crucial matter despite the fact that the current eligibility criteria have not been revised since 2011,” she said.

However, Dep Nolan who has clashed with Minister O'Brien, highlighted the lack of change in Offaly.

“I am very concerned however that there is no mention of changes for the Offaly Local Authority area in the correspondence I have received and there is no mention of changes with respect to the unfairness that still applies to households who may have been on the housing list for many years only to be then removed from that list if it marginally exceed the income limits; because what then happens is the family have to re-apply all over again without being re-instated to their previous position on the list, even if the income increase was only temporary,” Deputy Nolan said.

In conclusion, she said she would be engaging with the Minister and the Department to seek further clarification on this matter.