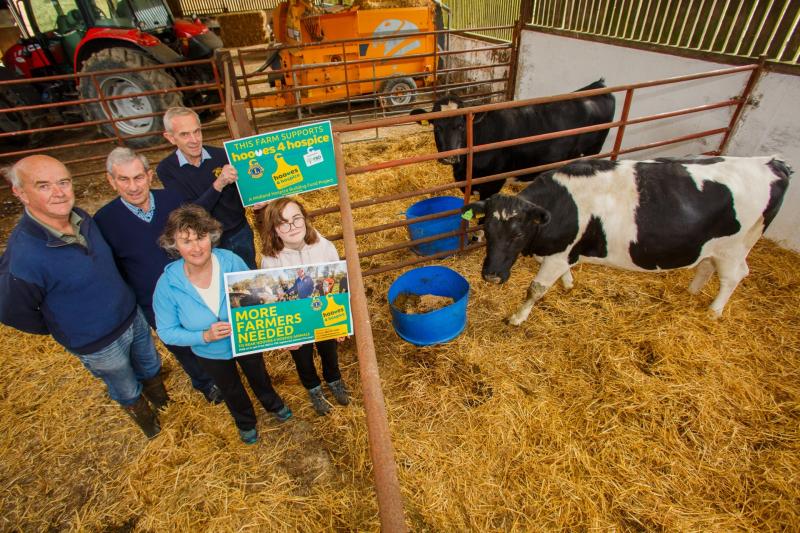 The Hooves4Hospice fundraising project has warmly welcomed the announcement that government funding of €20 million is to be provided to enable Midland Regional Hospice to proceed.

The hospice will be located on the campus of the Midland Regional Hospital Tullamore and has been the subject of a fundraising campaign organised in the midlands by Hooves4Hospice.

“We are delighted that after two and a half years of fundraising and promoting, with others, the case for a Regional Hospice
in the Midlands, our goal has been achieved. We exhort the HSE to proceed to prioritise the design and construction of the hospice project so that the hospice aspect of end of life care in the Midlands can be introduced as soon as possible.

“ We are pleased that the size of the hospice is to be increased from 16 to 20 beds. We, and others, have favoured the higher number of beds now proposed," he said.

Farmers, in particular those from Laois, Offaly, Longford and Westmeath, have been central to the Hooves4Hospice campaign through the sale of cattle.

“ The farmers who responded to our appeal to donate and rear animals and donate the proceeds to Hooves4Hospice are deserving of our deepest appreciation and gratitude for their great generosity. In addition to farmers from the four midland counties, there are farmers from all four provinces participating in our project, which has also attracted generous sponsorship and financial support, from business’, community groups and individuals, from all parts of Ireland," he said.

The Taoiseach Micheál Martin announce the funding for the project on a visit to Offaly. Mr Lalor thanked him for the pledge.

“I was pleased to have been able to thank An Taoiseach personally, on the day the funding was announced, for recognising the urgent need for a Regional Hospice in the Midlands and for approving the government funding required," he said.

He also thanked others for backing the campaign.

“We are most grateful to the print and broadcast media for their support of our project since it was launched in January 2020. We are also grateful to the Minister for Health and the public representatives who supported our project," he said.

However, Mr Lalor added that the project is not over the line yet.

“There is much that remains to be done to complete the work of Hooves4Hospice. In that regard we still need some more farmers willing to donate and/ or rear an animal. As a result of the announcement of government funding, we approach that task with renewed confidence and enthusiasm," he said.