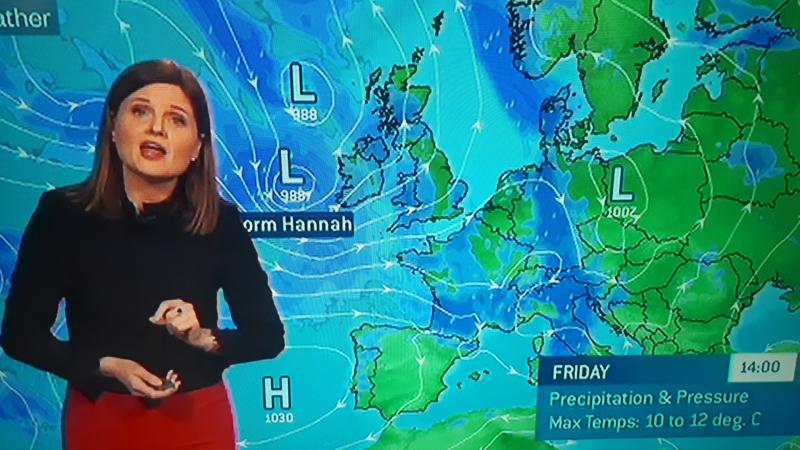 Road commuters are urged to be on alert during Friday rush hour as Storm Hannah hits with Met Éireann warning people travelling due to the raised risk to life.

The Gardaí and Road Safety Authority have also called on drivers to plan for the weather if they are driving through the weather on Friday.

The forecaster expects winds to reach 130 kmph and widespread rain as the storm reaches its peak on Friday evening. In a commentary issued on Hannah, Met Éireann meteorologist Siobhán Ryan warned the public to be on alert to the risks including those on the roads.

"The public are advised to be prepared for the anticipated conditions, especially those living or travelling to the southwest with some disruption and power outages likely. MORE BELOW GARDA TWEET

National traffic: Storm Hannah plans to visit Clare, Cork, Kerry and Limerick this Friday evening and overnight. Please take care on roads as high winds are forecast in many areas. Plan your journey in advance and allow plenty of time to travel. #StaySafe #ArriveAlive pic.twitter.com/wun5NSkwoY

"There is an increased risk of impacts to life and property during times of severe weather with flying debris of particular concern during any wind event.

"With the trees now in full leaf, there is an increased threat of tree damage and possible felling too. Other impacts may include travel disruption with large and dangerous waves expected to crash into southwest coasts," said the forecaster. MORE BELOW ROAD SAFETY AUTHORITY TWEET

️Becoming stormy on Friday evening and overnight as
Storm Hannah moves in. Southerly winds, later veering
northwesterly will reach mean speeds of 65-80 km/h
with gusts of 110 to 130 km/h.

Ms Ryan said people are advised to take in their BBQ or loose garden furniture, especially after the recent warm spell.

Met Éireann's forecaster said that while Storm Hannah will primarily be a wind event, spells of heavy rain will be wrapped up around eye of the storm too.

Ms Ryan says the last of the heavy rain will clear the north and east during Saturday morning and winds will abate. However, it says brisk northwest winds will persist into Saturday afternoon with a mix of sunshine and scattered showers following.