Laois doctor leads call to get trucks out of local towns 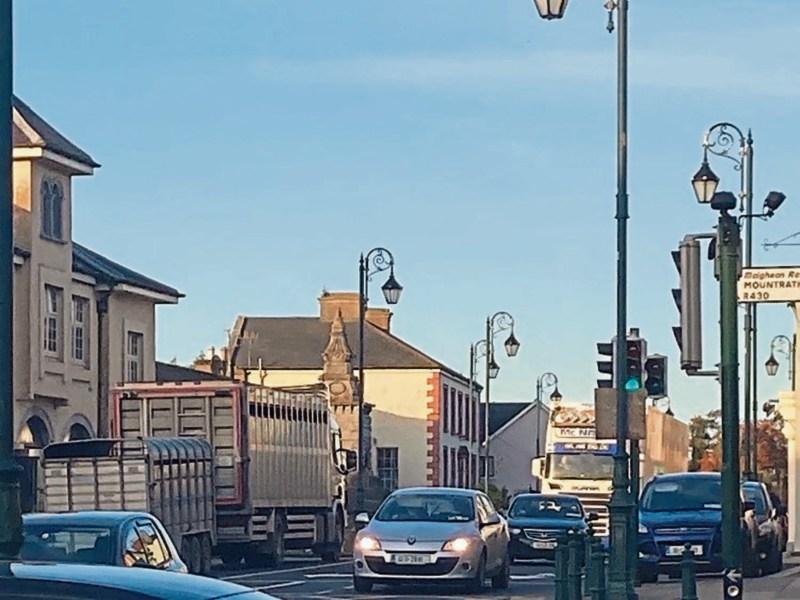 A Laois doctor and a Laois Offaly Senator and Minister have both called for government action to get heavy goods vehicles (HGVs) off the main streets through Abbeyleix, Durrow and Cullohill.

The towns have on average over 600 HGV trucks trundling through them every day among almost 5,000 vehicles, according to Transport Infrastructure Ireland.

Dr John Madden who has a practice in the heritage town of Abbeyleix for 30 years has listed the harm they cause to health.

“The tolled bypass has created a rabbitrun with a significant increase in HGV traffic. The international evidence is clear in relation to fine particulate matter released by these vehicles. High nitrous oxide levels in combination with particulate matter below 2.5micron size is associated with diseases of the pulmonary and cardiovascular systems.

“There is no evidence of a safe level of exposure. Exposure reduces the life expectancy of the population in the affected area. Given the clear evidence of harm and the increasing exposure to pollutants in our towns it is a matter of urgency that it be addressed,” Dr Madden writes.

Senator Pippa Hackett, Super Junior Minister for Agriculture, has sent on his letter with her own request to the Minister for Transport Eamon Ryan.

She is asking the Minister to support her call on behalf of representatives from Abbeyleix and Durrow to remove the truck charge from the M7 / M8 toll near Mountrath, as is done on the port tunnel in Dublin to keep the city clear of HGVs.

“Abbeyleix and Durrow suffer from extremely high levels of HGVs passing along the main streets. Despite the opening of the M7/M8 bypass in 2010. an extraordinarily high number of HGVs use the alternative N77 route, in order to avoid the toll plaza,” she said. She also lists the negative impacts of this traffic, on human health for those with heart or lung issues, and the noise levels which impact on outdoor seating for cafés.

Andy Ring is the spokesperson for the Abbeyleix Heritage Town committee.

“I love my town very much. It's designated a heritage town but its heritage buildings built by the de Vesci family in the 18th century were not meant to withstand one 40 tonne truck let alone 600.

“I live on the main street and you can't have a phone call or a chat with the noise of the traffic.

“Abbeyleix is getting €40,000 for new seating and canopies which is great but you can't sit and talk with the noise. Why should we inhale poisons and emissions,?” he said.