Portarlington worst hit by commuting as more than 1,700 leave the border town each day for work 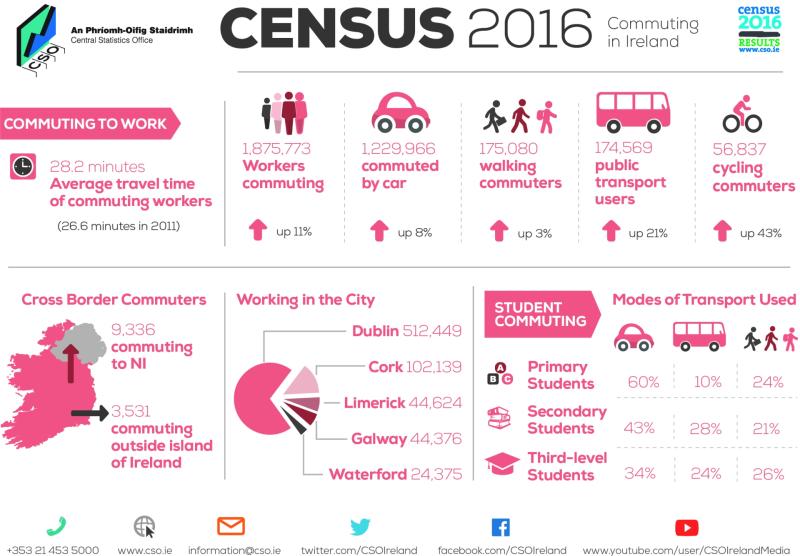 New evidence of the acute job shortage in Laois is revealed in the daily exodus of nearly 11,500 people out of the county for work with Portarlington the worst affected.

Census 2016 figures published by the Central Statistics Office reveal that there were 14,489 Laois residents working in the county, while 4,016 people commuted into the county for work.

However, a further 11,477 people commuted to work outside Laois, giving what the CSO says is a "net loss" of 7,461 in the working population.

Portarlington and its hinterland has the highest number of outward commuters. More than 1,700 people who live on the Laois side of the border town and surrounding area, including Killenard, leave the town for work. Just over 600 commute into the town for work. On the Offaly side 572 leave for work while 299 commute to jobs in the area.

Portarlington was one of the fastest growing towns in Ireland at Census 2011. There has been no major employer in the town since Avon Arlington cosmetics in 1999 when 400 jobs were cut. Portarlington lost some 1,000 jobs in a decade-and-a-half before that.

The opposite is the case in Portlaoise. Nearly 800 residents of the county town commute elsewhere to work while almost 3,400 travel into the town.

On top of having to leave Laois to find work other CSO figure show that most workers and commuters are likely to be stuck in traffic at some point on the way to and from their jobs.

Nearly three quarters of people in Laois travelled to work by car which is nearly 10% above the national average according to the latest results from Census 2016.

While 9.3% of working commuters nationally used public transport, just 4.3% of those in Laois did so. This is despite the presence of three train stations and bus routes in the town.

Commuting times rose in every county and the national average commuting time in April 2016 was 28.2 minutes, up from 26.6 minutes in 2011. 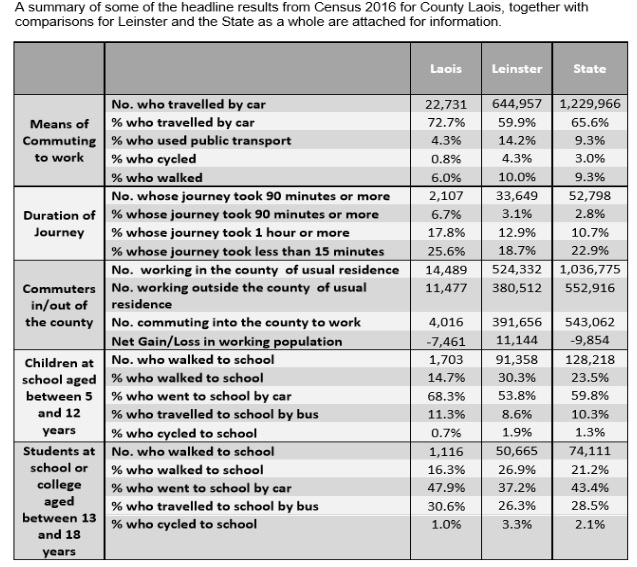 Commenting, Deirdre Cullen, Senior Statistician said: “This report presents detailed statistics on and analysis of the commuting patterns of workers and students in April 2016.

"It examines how we travel to work, school and college; the times we leave to get there and the length of time we spend commuting. It is particularly timely as we move into Autumn and the return of students to schools and colleges across the country,” she said.