Two thirds of women drive work in Ireland and the percentage females who make their way to their jobs by car is on the increase.

The proportions of both men and women travelling to work as a passenger in a car decreased between 2006 and 2016. 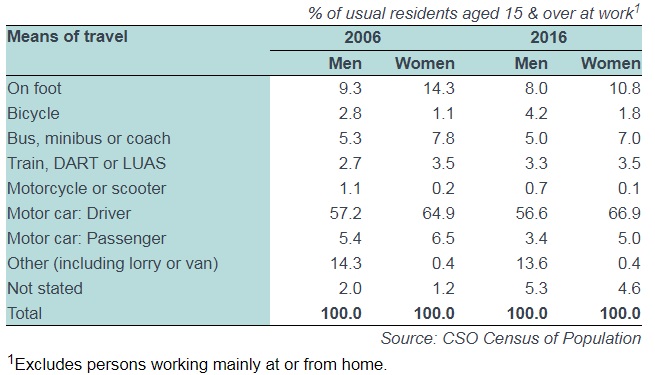 Figures on the difference between the genders on work journey times are also published by the country's number crunchers. 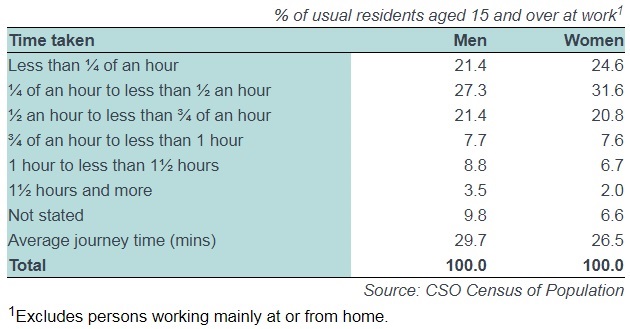