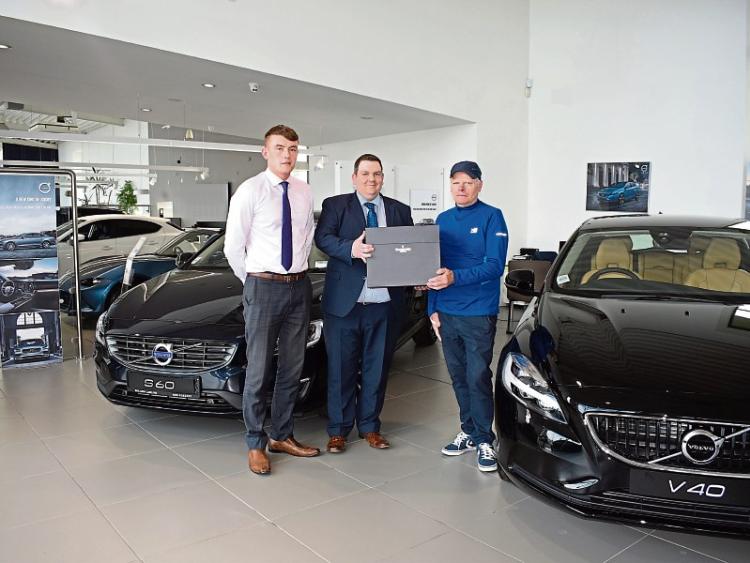 A Carlow local, Eric Lyons, has been invited to the World Final of the 2017 Volvo World Golf Challenge following an outstanding performance at the Volvo Golf Digest Grand Final on Monday, the 26th of March in Glasson House Hotel compliments of Volvo Car Carlow.

Eric, an avid golfer, joined by Pat Henry, Jim Lawlor and Tom Deane to play against 57 other golfers from across the country at the Grand Final held in Glasson House Hotel.

An event which marked the culmination of a yearlong tournament that involved 4,233 players.

Due to Eric's superb performance on the day, he was chosen as one of two participants from Ireland to be invited back to play in the World Final – a once in a life time all-expenses paid trip from Volvo Car Ireland.

The World Final of the 2017 Volvo World Golf Challenge will take place in Sweden between 16th June – 21st June in conjunction with the Volvo Ocean Race stopover in Gothenburg.

Tens of thousands have been competing around the globe in the Volvo World Golf Challenge, with just 55 participants chosen to make it all the way to the World Final in Sweden.

The World Final will be contested over Halmstad Golf Club’s championship course - one of Sweden’s top ranked golf courses which has hosted many large tournaments such as the 2007 Solheim Cup.

“It’s fantastic, we’re delighted to have Eric – a Carlow man, heading to the World Final in Sweden.

“ When we invited Eric, Pat, Jim and Tom to participate in the Volvo Golf Digest event we didn’t expect this outcome – it’s not something that happens very often!

“It’s going to be such a memorable experience for Eric, both on and off the golf course. Who knows, he might just win the World Final too.”