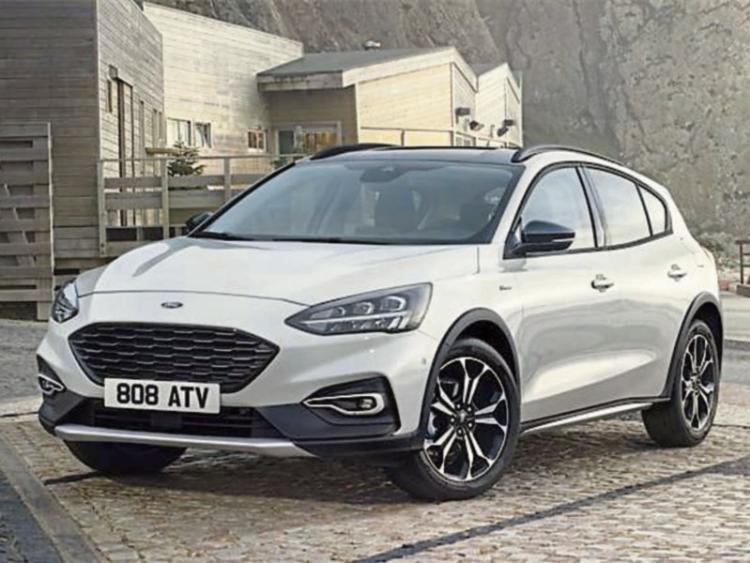 Christmas is over, maybe your thinking of a new 201 reg car?

Saloons and hatchbacks are under attack from the ever wider choice of mini, compact and large SUV’s.

The stats show more and more buyers are shying away from hatchbacks and saloons in favour of an SUV so cars like the new Ford Focus Active with its trendy style aim to make the hatchback an attractive alternative.

The Focus range is available in five trim levels, Zetec, ST-Line, Titanium, and Vignale and now Active as tested here.

The new Active model is aimed at those seeking something that looks a bit more adventurous than the standard car.

The “Active” can be viewed as a car that may appeal to those who like some of the virtues of an SUV but don’t want a bulky SUV.

The new Focus Active has in my opinion made what I considered to be a rather conservatively style car look much better.

The cabin is well put together but the centrally mounted screen looks like a bit of an afterthought perched up in the middle of the dash.

Powered by a low emission (93g/km) 1.5 litre 4 cylinder TDCI that produces some 120PS and is mated to a very smooth 6-speed manual gearbox the new Focus Active gets down the road very well indeed.

I found it had plenty of performance where its needed most, for overtaking and it proved economical too burning just 6.1 litres of diesel per 100km.

The Focus was always a good car to drive and I am happy to report the new Active model just as good.

It has poise and grip without being unduly firm. I did notice two things though that were not evident on the standard car I tested in the past.

The brakes feel a bit over boosted resulting in them feeling a bit too sensitive and the steering does not feel as precise as in the standard car.

Noise levels are commendably low and it proves a refined car in which to travel.

The new Focus Active is a rather attractive package.

I really like its distinctive styling and it offers all the virtues of the standard Focus which has made it such a best seller for Ford.

So the Active will appeal to those looking for something a bit more distinctive than the regular Focus, with the added benefit of some nice individual kit.