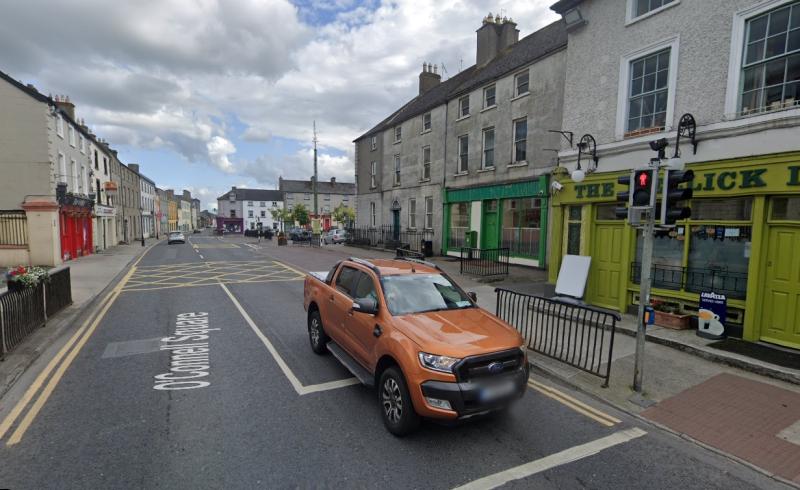 The chair of Laois County Council has added his voice to the demand for a relief road around Mountmellick.

Cathaoirleach Fine Gael Cllr Conor Bergin who is a local representative in the Mountmellick Borris-in-Ossory Municipal District, tabled a motion to the July meeting of Laois County Council, asking for the council to ask Transport Infrastructure Ireland (TII, formerly NRA) for an update.

“I'm aware I'm not the first councillor and I won't be the last. There was a serious incident there recently at Derrycloney, almost a head on collision. 10,000 vehicles a day pass through the town, many of them heavy goods vehicles. The main carriageway is through the middle of the town. Tullamore has been bypassed. A traffic study was done by the council in 2020 and it is back with the TII now for eight or nine months. It can't be left sitting idle for years. We need an indication that this is at an advance level,” Cllr Bergin said.

His motion was seconded by Mountmellick's only public rep, Fianna Fáil Cllr Paddy Bracken.
“This has been on the agenda for over 30 years. It's crying out to be done. There has been various studies of routes but it still hasn't progressed. It's sad to think this is the main route to Rosslare.

“There's money thrown left and right at greenways and cycleways. That was a very serious accident, and again that area needs to be addressed. Money has gone into the town to upgrade the road and put in pedestrian crossings. I don't care what route it takes as long as it's done, or whoever cuts the scissors. I fail to understand, at a political level in any party including my own, when the Government had loads of money, why this was not done. Portlaoise has its orbital route and this is still not delivered. It's a huge issue that is detrimental to the whole town. It has stifled the town.

“Derrycloney needs what was done at Kyletalesha. I've raised this before. It's up to the politicians at national level to allocate funding,” Cllr Bracken said.

Cllr Willie Aird said he often has to cross at the town's t-junction to go into the Glanbia shop.
“If it wasn't for the good will I'd never get out. A while ago there was an artic lorry meeting a funeral there and it was bedlam. It is an absolute bottleneck. I'd say 80 to 90% of people take that back rat run at Derrycloney. A bypass should have happened 20 years ago. There are very few towns that size that haven't been bypassed,” he said.

The TII will be notified.