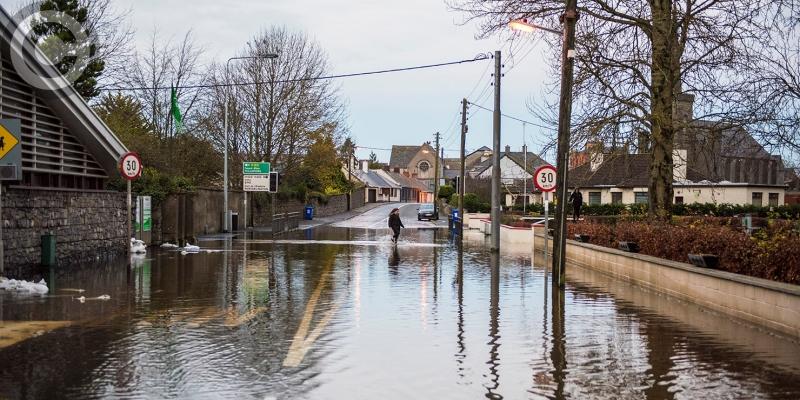 River clearance work is needed upstream of Mountmellick to protect the town from flooding, according to Laois councillors one of whom said grass is growing in the river.

While Laois County Council insists that more clearance work will be carried out on the River Barrow, Cllr Paddy Bracken emphasised the importance of adding to the efforts already made.

He acknowledged the ‘great work’ on the River Owenass and downstream of the town but he said clearances are also needed on the Slieve Bloom side of the town.

“It is upstream of Mountmellick where my concern is,” the councillor told the  Borris-in-Ossory Mountmellick Municipal District meeting.

He was backed by his party colleague Cllr Seamus McDonald.

“Great work has been done but a lot of work needs to be done,” he said.

Cllr McDonald highlighted problems in the Rosenallis area warning the more flooding is on the cards.

“There is actually grass growing in the river,” he said

Mr Edmond Kenny, District Engineer, replied on behalf of the council.He outlined the work carried out.

“Over the past two years Laois County Council have completed maintenance works on the rivers Owenass & Barrow downstream of Mountmellick.

“The remainder of the current 5 year Multi Annual River Drainage Programme will focus on the removal of impediments to flow from the channel of the River Barrow both upstream and downstream of Mountmellick. These works will involve the removal of overhanging branches and trees growing within the channel and the removal of dry deposited/ accumulated material within the river channel,” said the engineer.

Mountmellick has been devastated by fooding in 2017 and there have been several close calls since. A flood defence scheme is being prepared and work has been carried out in 2021 where the Owenass meets the Barrow downstream of the town.