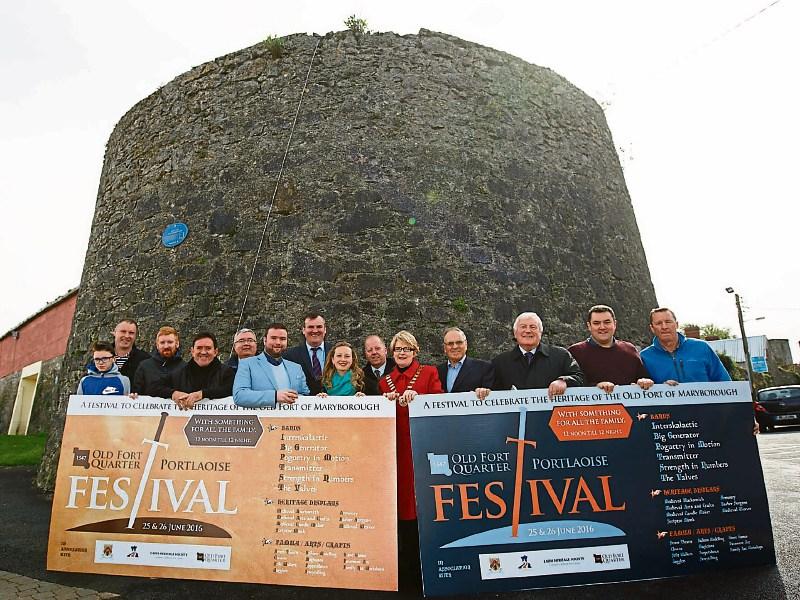 Plans including landscaping and re-locating car parking, to enhance heritage sites in Portlaoise were published by Laois County Council on Tuesday.

This is set to be a big job in the centre of Portlaoise and there are a number of Protected Structures within the area including the Fort Protector, Old St Peter’s Church and graveyard, Railway Street, St Mary’s CBS School, Former VEC, Post box, Former Presentation Convent and Tower on Church Avenue.

Portlaoise is getting a share of between €160,000 and €180,000 out of a €1 million fund for 2018, under the Historic Towns Initiative, by the Department of Culture, Heritage and the Gaeltacht to carry out the work.

Phase 1 of the 2 year project will have to be complete by the end of this year. The aim of the Historic Towns Initiative is 'heritage led urban regeneration'.

"The core of Portlaoise is perfect for that, upgrading and caring for the heritage at the centre of the town can become a driver for the regeneration of that area.

"Our project was supported by local businesses and community groups, including the Old Fort Festival, Downtown Portlaoise, Portlaoise Tidy Towns and a range of others, showing how much enthusiasm there is for action to conserve our heritage," she said.

The 16th century Fort Protector is an army garrison, still mostly intact, near Portlaoise Main Street, much of it absorbed into later buildings. It was the first English garrison established in Ireland. Read more here.

Laois Heritage Forum welcomed the announcement of funding in March.

"The project grew out of the recently published Laois County Council public realm strategy for Portlaoise and the ongoing Conservation Plan for the Fort, led by Laois Heritage Society," they said.

The Old Fort Quarter Festival has been built around the heritage in the area. The street festival will take place on June 22, 23 and 24 this year.

Ivor O'Loughlin is a festival organiser.

"The festival was dreamed up to raise awareness of the fort. The fact that it is the third year of the festival coincides with the Laois Heritage Forum's work behind the scenes. We all work together to make the fort more prevalent and relevant in the town," he said.

Plans and particulars of the proposed development are available for inspection during office hours from Tuesday, April 24 2018 to Thursday, June 72018 inclusive (excluding Bank and Public Holidays) at Laois County Council, Áras an Chontae, Portlaoise or online at Fort Protector & Fitzmaurice Place Project.

Submissions or observations with respect to the proposed development dealing with the proper planning and development of the area in which the development will be carried out may be made in writing to Kieran Kehoe, Director of Services, Laois County Council, Áras an Chontae, Portlaoise to be received no later than 4.00pm on 21st June 2018.