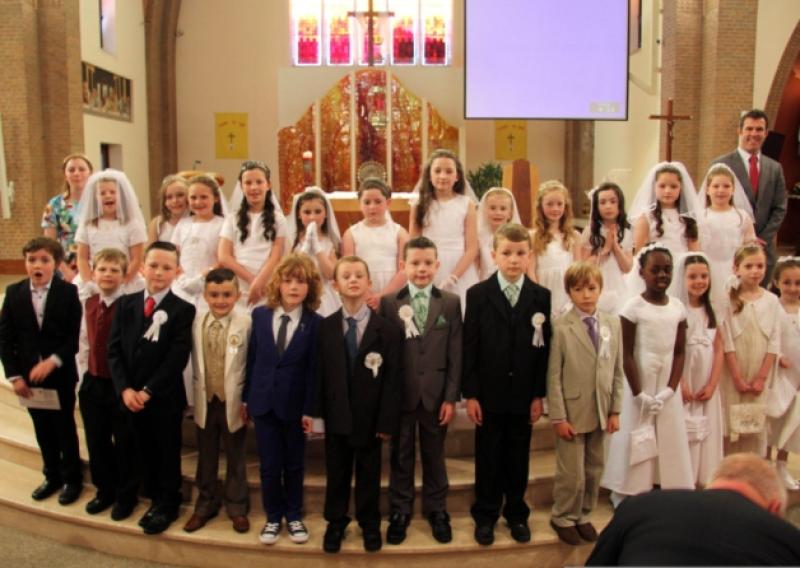 First Holy Communions and Confirmations could take place sooner than expected in Laois after one of Ireland's most senior bishops gave the green light to parishes to proceed.

Archbishop Farrell, who was Bishop of Ossory before being promoted, has written to priests in his archdiocese advising that they can proceed with First Communions and Confirmations, despite current public health advice that these ceremonies should not go ahead.

In a letter received by nearly 200 parishes in the archdiocese, Archbishop Farrell said communions and confirmations can proceed if considered safe.

"It would be prudent to ensure that families confirm their awareness of the public health guidelines regarding household mixing," he wrote.

He said that where parishes want to proceed, public health advice and protocols should be followed in relation to gatherings in the church grounds both before and after ceremonies.

"The format of such ceremonies should be adapted appropriately, as was the case in many parishes last year, with shorter, simpler and smaller ceremonies, which were nonetheless reverent and joyous.

"Some parishes have continued the practice of permitting small numbers receive their first holy communion in the course of the regular schedule of weekday or Sunday masses," he wrote.

He acknowledged that the sacraments of First Holy Communion and Confirmation had been a matter of concern for parishes and many families for some time.

Bishop Denis Nulty is the Bishop of Kildare & Leighlin and temporarily in charge of Ossory. He has yet to comment.

He wrote to parishes in May advising that ceremonies could not proceed until safe to do so. He had previously given the green light for ceremonies to take place in May.

"While our society is opening up, the pandemic is still with us and we must remain vigilant," he said at the time.