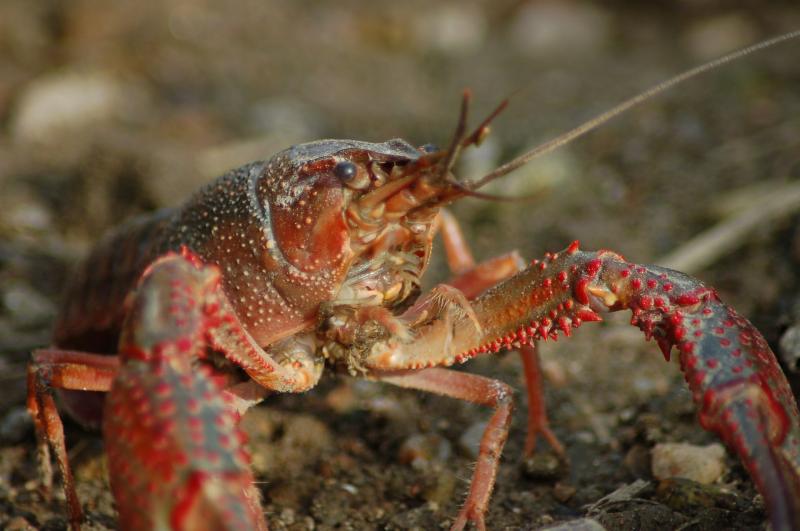 Image by BARBARA808 from Pixabay

A Crayfish Plague outbreak has been confirmed by the Marine Institute in the Clodiagh (Tullamore) river, near Clonaslee in Laois.

The Local Authorities Water Programme (LAWPRO) have confirmed the outbreak and issued a warning.

"The Crayfish plague disease decimates our native crayfish populations causing 100% mortality. The White-clawed crayfish is native to Ireland and is commonly found in many lakes, rivers and streams. They are an important part of the river ecosystem as a grazer of plants and they are food for the otter. The White-clawed crayfish is a protected species. However crayfish plague is an Invasive Species and is a huge threat to this native population due to its devastating impact."

The crayfish plague disease can be carried on wet equipment, so all water users including recreational users, anglers, scientists and engineers in the catchment must now put biosecurity measures in place to prevent spread of this disease and other invasive species between rivers.

All users of the river should CHECK, CLEAN and DRY their equipment before using it and again when leaving a river. The crayfish plague disease can be carried on wet equipment, so all water users (recreational users, anglers, scientific assessment/ sampling, engineering works etc) in this catchment should put biosecurity measures in place to prevent spread of this disease and other invasive species between rivers.

CHECK – all equipment and remove of any dirt, plant and animal matter before leaving a site and again before entering a new site.

CLEAN – Disinfect equipment with an approved disinfectant, see advice below from the National Biodiversity Data Centre

DRY – Ensure equipment is allowed to dry before entering a new site and any residual water is drained from boats etc before leaving a site, see further advice below.