Firm has played its part in the battle against Covid-19 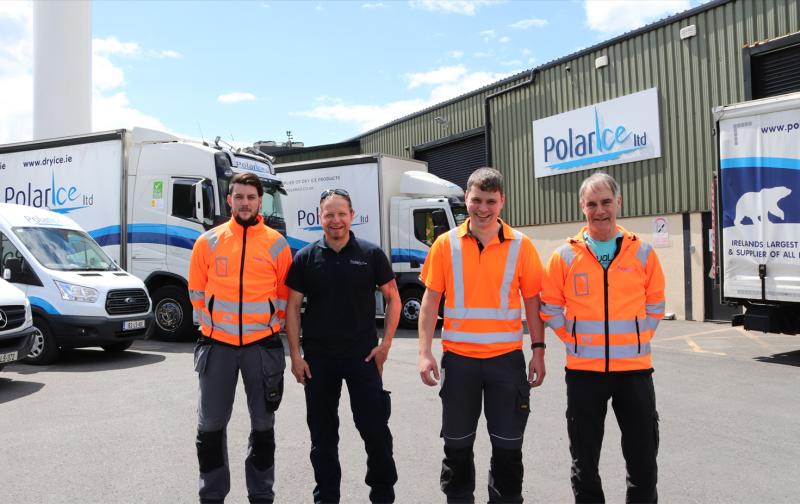 Some of the team at Polar Ice in Portarlington

A Portarlington company has been given the go ahead for an extension adjoining its factory on the Laois Offaly border.

Polar Ice Ltd has been granted permission for the development at its premises at Portarlington Industrial Estate.

The development will consist of the construction of a proposed two storey factory type building containing office accommodation, packaging area with canopied truck loading to rear, truck wash and a canopied link to the existing Polar Ice factory facility.

Permission was granted with 13 conditions attached. One condition states that prior to work commencing, a section of the L-5015-1 at the proposed entrance will be upgraded with another stating that a Development Contribution of €24,480 will be paid to Offaly County Council which is the planing authority.

The firm has played a key role in the battle against Covid-19 as its product was vital in keeping vaccines and tests stable during distribution.

Polar Ice began as a family business established in 1996, with only two employees and with what it describes as a vision to develop the dry ice market in Ireland. Initially manufacturing ‘wet’ ice and importing dry ice from the mainland UK, the company says it has focused solely on dry ice manufacturing since 2002.

Today, Polar Ice employs a team of 18 people. With a dedicated production plant based in the midlands and depots in Dublin, Cork, and Portadown, Polar Ice claims to be is the leading manufacturer and supplier of Dry Ice in Ireland.

The company says dry ice is the common term for carbon dioxide in a solid-state. It is so-called because it does not melt into a liquid. Instead, it gradually reverts to its original gas form.