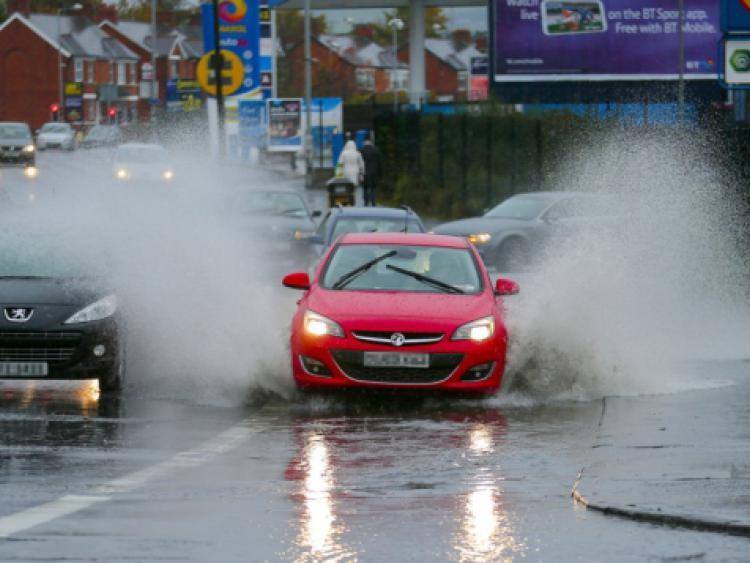 The Road Safety Authority (RSA) is asking road users to exercise caution while using the roads today, Monday, and Tuesday as Met Eireann have issued Orange and Yellow weather warnings for heavy rain and a Yellow Weather Warning for strong winds.

There is an Orange rainfall warning for Cork, Kerry, Tipperary and Waterford from 7pm Monday to 9pm Tuesday where very heavy rain will likely cause further river flooding and surface water flooding. There may be rainfall totals of 50 to 80mm which will be higher in mountainous regions.

There is a Yellow Rainfall warning for Leinster, Cavan, Monaghan, Clare, Limerick, Connacht from 9pm Monday to 9pm Tuesday where heavy rainfall will lead to some river flooding and localised surface flooding. There will be rainfall totals of 30 to 50mm, higher in mountainous regions.

Finally there is a yellow wind warning for Carlow, Kilkenny, Wexford, Munster, Donegal, Galway, Mayo, Sligo from  9pm Monday to 6am Tuesday where southerly winds will reach mean wind speeds of 50 to 65km/h, with gusts of 90 to 110km/h, possibly higher on exposed coasts. Where winds are onshore there is a risk of coastal flooding. ​

Road users in areas affected by the Orange Warnings for heavy rain are advised to check local traffic and weather conditions before setting out on a journey.

The following advice is being given to road users on foot of the weather warnings: