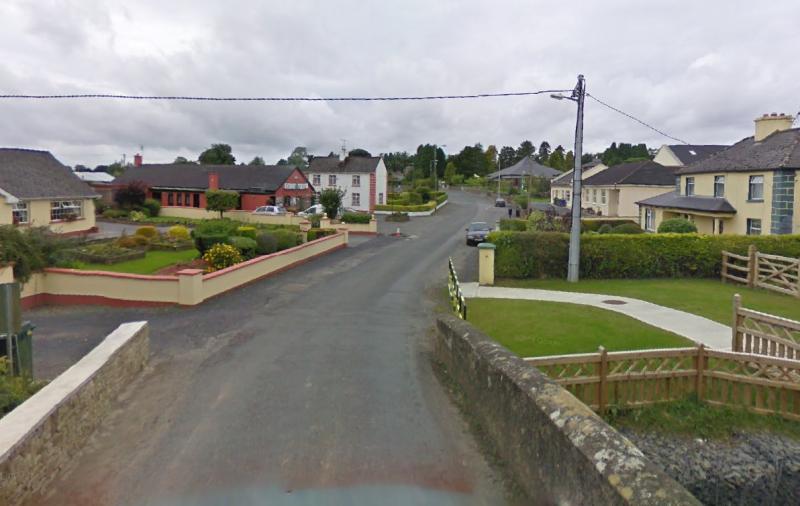 ‘Numerous close calls’ have led to an official approach to Laois County Council to install a speed ramp in Camross for the ‘safety of all’.

Cllr James Kelly, Independent, raised the danger in the village at a recent meeting with officials in county hall.

The councillor said a ramp is already earmarked  for nearby Coolrain following recent representations and he believed Camross should be next.

He said he learned of the problem directly from local people at the launch of plans for a digital hub. He said residents want action to tackle speed from the top of the hill from Camross.

He read subsequent correspondence he received from a local representative to the Borris-in-Ossory Mountmellick Municipal District meeting which sought help in securing funding for traffic calming measures coming in from the northwest side of the village.

“There has been numerous close calls of traffic related incidents over the last number of years. I'm fearful that if something isn't done soon it could have serious consequences.

“There has been a marked and accelerated volume of traffic over the last number of years, which is expected to continue. Services in the village including a school, Playschool, community hall and hub, juvenile GAA grounds and walkway which will be completed early next year will add footfall and traffic through the village,” said the letter.

Cllr Kelly was also told that two Laois County Council engineers have called to the village previously and both agreed that something needed to be done, subject to funding.

He said he would commit discretionary funds available to councillors to reduce the speed. Cllr added also added that a vegetation covering a flashing sign to alert motorists the local school is also overgrown.

Cllr Conor Bergin, Fine Gael, agreed that there are problems and wanted to see work happening as soon as possible.

“There is a huge volume of traffic coming to the school and graveyard every day...I would like to see some measures as soon as possible. It is critical because the village is getting busier with traffic every day,” he said.

“I was at a funeral in the village recently and I saw how traffic is speeding through the village. A speed ramp would make a huge difference,” he said.

Cllr Kelly’s motion called on Laois County Council to construct a speed ramp “for the future safety of all”.

In reply, Mr Edmond Kenny, District Engineer, said the council would arrange to meet  Cllr Kelly at the site to examine the road layout and the options available to improve safety.

Lock up, Light Up: Garda winter tips to keep out the burglars