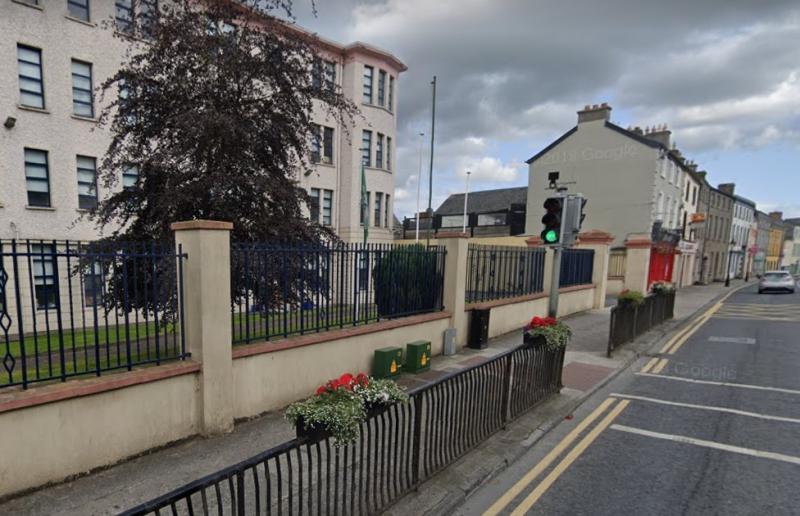 Railings to protect students outside Mountmellick’s secondary school because they are not safe, according to the national roads agency.

The reason for the removal of the railings at Mountmelick Community School was revealed at a recent meeting at Laois County Council.

Cllr Paddy Bracken, Fianna Fáil, had tabled a motion calling on the the Council to replace the pedestrian railings outside the school on the N80.

Cllr Bracken said he understood the railings were removed because they had degraded. He said there are a huge number of pupils in the school and the railings need to be replaced.

“Railing outside Mountmellick Community School was removed on request/advice from TII safety Engineer. The general guidelines from  TII do not support such railings in most instances on grounds of overall safety.

“However we will arrange a site meeting with the elected member to review the issue and will apply for funding to reinstall railing if appropriate,” he said.

Cllr Bracken welcomed the reply and said work should be considered in the context of the the rejuvenation of O’Connell Square.