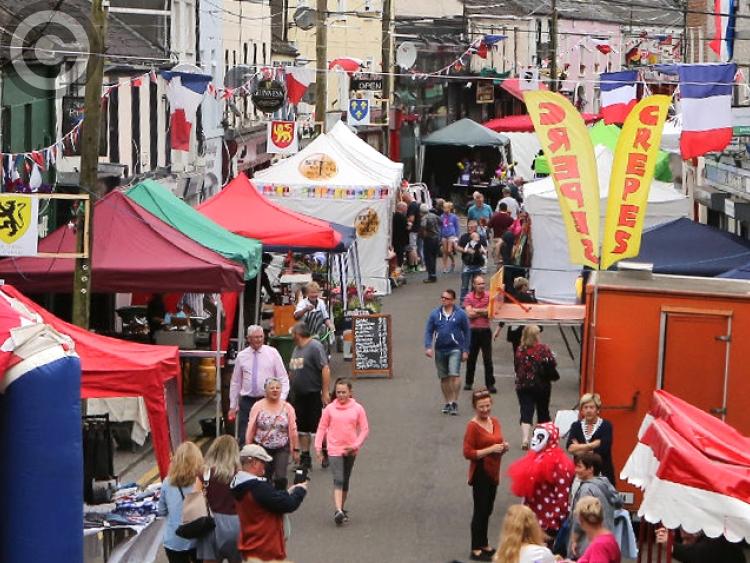 The committee of the popular annual French festival in Portarlington has just made a regretful announcement about its future.

A lack of funding, time, coupled with public complaints and vandalism after last year's festival, have caused the small committee to cancel this summer's festival.

The Laois/Offaly border town has celebrated its French Hugenot heritage for many years, by holding of the three day Festival Francais de Portarlington around Bastille Day July 14.

A statement was released at lunchtime today April 17 on the People of Port Facebook page.

"It is with great regret that we, the Festival Francais de Portarlington Committee, have to communicate that our much loved festival will not be taking place in 2018.

"A small number of people have put in a massive amount of work over the past number of years to keep the festival going but due to a number of issues we do not have the enthusiasm, commitment, time or funding to run the festival the way it deserves to be.

"The Festival Francais de Portarlington has been a great public success in recent years but a number of factors soured the experience for the small committee who had put in so much effort to stage it.

"The rising insurance premiums, entertainment costs and difficulty in obtaining adequate central funding was a major stumbling block in staging events that we wanted to put on. The support received from the vast majority of businesses in the town, our major sponsors and the people of the town enabled us to put on a great weekend for all.

Objections were made about last years festival.

"Unfortunately, last year, some objections were received regarding the staging of entertainment events and location of the market meant that viable alternatives will need to be investigated with additional associated costs".

There was also shocking vandalism.

"Coupled with this a number of the new festival signposts were vandalised, street decorations were stolen and, following the clean up on Sunday, all of the bins were overturned which doubled the cleaning effort of the small number of festival volunteers," the committee state.

Any revival of Festival Francais de Portarlington will depend on more money and more volunteers.

"We genuinely hope that the festival can return in the not too distant future but this will be dependent on obtaining the necessary volunteers to organise and run the weekend, to agree suitable locations and to secure the required funding that will enable us to run a festival our town deserves".

'Mayhem' in Laois housing estate over lack of parking spaces.