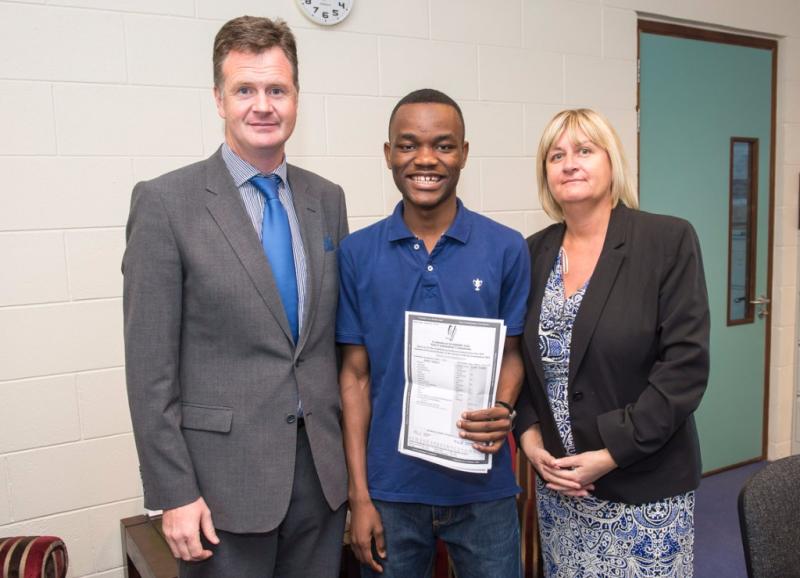 A Congolese family that has been separated since 2012 will spend their first Christmas together in over five years in their new home in Laois.

Serge Kanyamuhanga and his brother were separated from their family due to conflict in the Democratic Republic of Congo in 2012 when they were kidnapped and being forced to join a rebel army.

They managed to flee to Uganda where a priest helped them to get to Ireland and they were granted refugee status here.

Speaking to the Leinster Express, Serge said that when they arrived here they were placed into care in Portlaoise.

"When I arrived in Ireland I was placed into a foster family in Portlaoise together with my young brother.

"When my family moved to Ireland in May 2017 we wanted to stay in Portlaoise because we had lived there since 2013 and then my brother and myself went to Portlaoise College.

"We had a strong connection here and we had already met friends, even though I am going to Trinity College I still like to be here. We wanted to find a house in Mountmellick," he said.

"We feel at home here also the fact that we have been in school here and made friends, there is a very good community here," he said.

Serge's mother and siblings ended up in South Africa, their father, Willy, was not seen again and feared dead.

Yesterday, their father arrived in Ireland and there was emotional scenes at Dublin Airport.

The entire family of ten were reunited when Willy flew into Dublin from Mozambique, via Ethiopia.

Willy was able to make the journey under a travel assistance programme, operated by UNHCR, the Irish Red Cross, and IOM.

For the first time since they were kidnapped in 2012, the family is now reunited and living together in Mountmellick.

"The Red Cross were the ones who arranged the travel for my Dad, they said it was difficult to make it for Christmas but we asked if they could and now it is lovely that he is here, we will celebrate together," he said.

Serge Kanyamuhanga is a past pupil of Portlaoise college, currently studying in Trinity College Dublin.

Serge made a return visit to the school in 2016 when the school was awarded the title of ‘21st Century School of Distinction‘ for 2016 by Trinity College Dublin in honour of our work with the College For Every Student (CFES) programme.

Watch the emotional RTE News report by Philip Bromwell by clicking here and going to 23:00 minutes.

It's the time of year for emotional reunions @DublinAirport. But few families experience conflict, kidnapping and separation like the Kanyamuhanga family from DR Congo have done. Reunited this morning after five years apart. More on @rtenews pic.twitter.com/QaufD87sVA