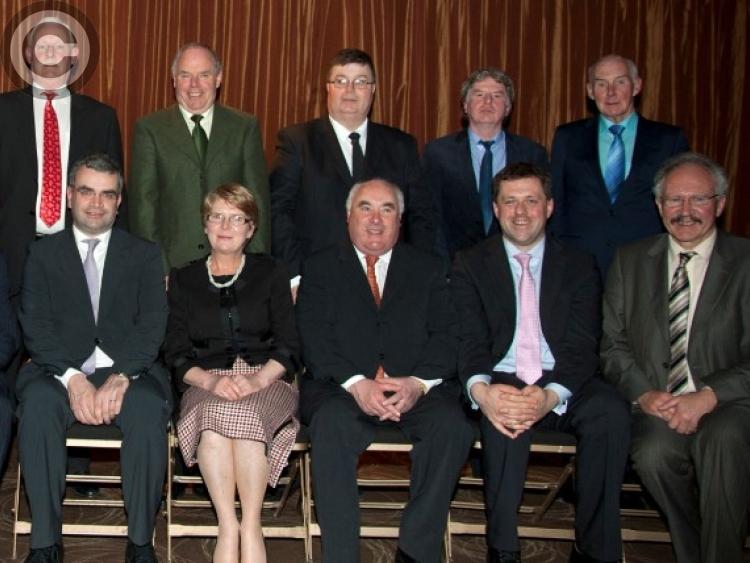 The late Cllr Jerry Lodge was an intelligent guiding light who always saw the big picture in his role as county councillor, according to the Cathaoirleach of Laois County Council.

"I was very sorry to hear of sad passing of Jerry...I know Jerry going back over 40 years. I knew him from his time fighting General Elections campaigns.

"He has been a fantastic servant to Laois. He was a bright and intelligent man and always saw the bigger picture. Any bigger issues he was involved with he fought unrelentingly and followed through on.

"As a council colleague he was always the guiding light. He was a true gentleman," he said.

Cllr Fleming also paid tribute to his 'phenomenal' work on Portlaoise Tidy Towns along with the late Kathleen O'Brien also a town and county councillor with Fine Gael.

Speaking in his capacity as Council Cathaoirleach, he said all councillors will miss Cllr Lodge.

"On behalf of all councillors, I would say that everybody is saddened by the untimely death of Jerry. I think they all would agree that he was a great man for guidance and seeing the bigger picture at council meetings.

"He took part in every debate with graciousness and gentlemanliness. He was unique in his ability to do so," said Cllr Fleming.

He extended his condolences on behalf of himself and fellow councillors to to his wife Patricia, sons Pauric and Damien and extended family.