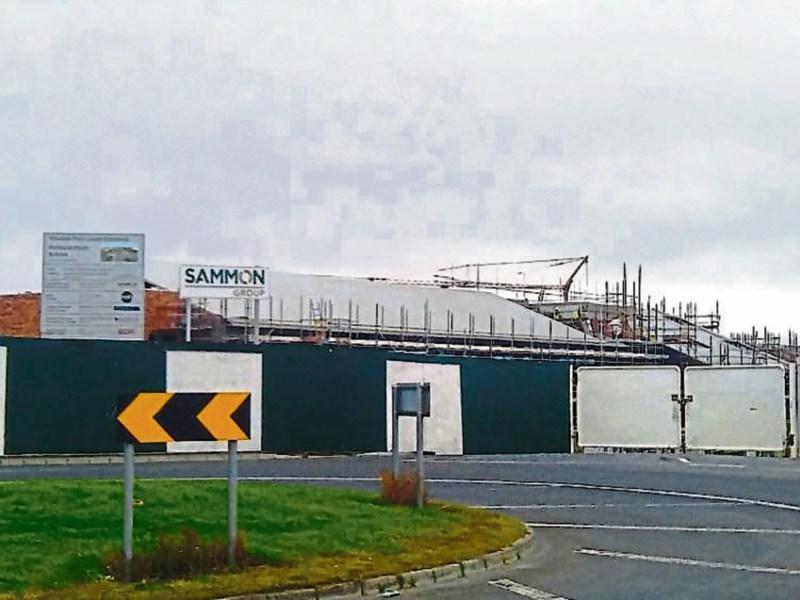 The building firm that has the construction contract for Portlaoise's largest school campus, but which has been given temporary court protection from its creditors, insists that it can finish the job despite its financial woes.

Sammon Construction issued to a statement to the Leinster Express in which it confirmed that it is under Examinership. The company has the contract for the Holy Family Senior and Junior Primary Schools. The schools opened last September (2017) but work remains.

The company insisted that it was continuing to trade as usual during the period of Examinership. The company was given court protection after the collapse of the big UK firm Carrillion.

Sammon was building subcontracting to Carrillion on five schools which have come to a standstill because of the collapse.

"The Holy Family schools project is substantially completed and the schools were opened in September. Sammon is committed to working with the school Board and the design team to bring the project to full completion in the months ahead," said Sammon.

The Kildare firm said Examinership is a process designed to ensure the recovery of the firm.

"Sammon is confident that it can restructure its business and emerge from the Examinership process. The company has an existing strong pipeline of work in progress and is also involved in tendering for new business," said the company.

Msgr John Byrne, Portlaoise Parish Priest, is the chairperson of the Holy Family Board of Management.  He confirmed that the contract with Sammon is not yet complete and not all of the money has been paid over to the company.

He would not rule out the possibility of another builder having to be recruited if the Sammon does not survive Examinership.

The Portlaoise schools were due to be built within 18 months but ended up taking three years. The sports hall was not ready when the schools opened. Parents also had to work to ensure the school could open last September.

Read more on what Msgr Byrne had to say here