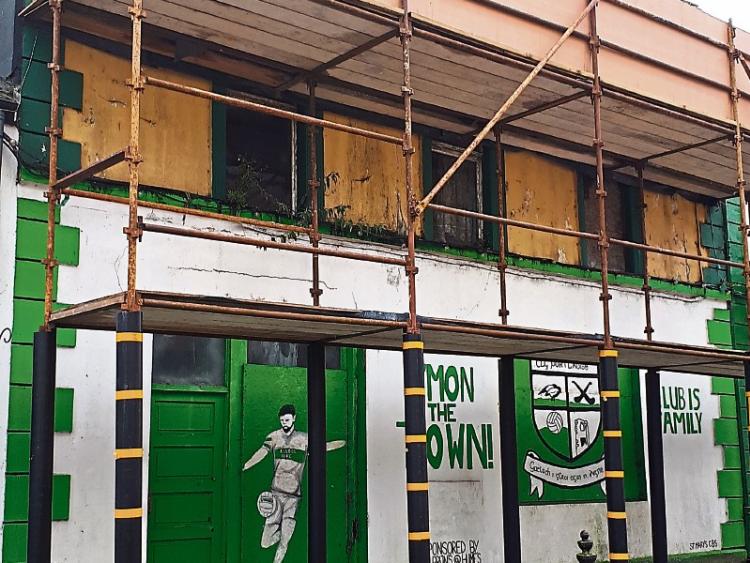 A prominent derelict building on Portlaoise Main Street has just got a scaffolding walkway but no construction will start until 2021.

A plan exists to convert the building into 11 apartments suitable for single tenants. Clúid Housing Association has prepared preliminary designs. It will apply for Capital Assistance Scheme funding from the Department of Housing for the works.

However, the timeline came as a shock some councillors at the Laois County Council

The CEO John Mulholland confirmed how long it will take to complete the work.

“The Government timeline for CAS funding is 75 weeks, from design to tender to contract. The County Hotel application has only gone in. It will be a year and a half before there is works on site,” he said.

The Cathaoirleach Cllr Willie Aird had asked for the timeline.

“So the scaffolding will be there for a year and a half and nothing will be done?” he asked.

Cllr Aird has said he is being asked about the apartments.

“I welcome the progress. There is a huge number of single people in bad need of accommodation,” said Cllr Caroline Dwane Stanley.

The council had been trying to buy the derelict building since 2017 from its UK-based owner. Negotiations took nearly two years and had started with a threatened compulsory purchase order.

Laois County Council has declined to release the cost it paid for the building.