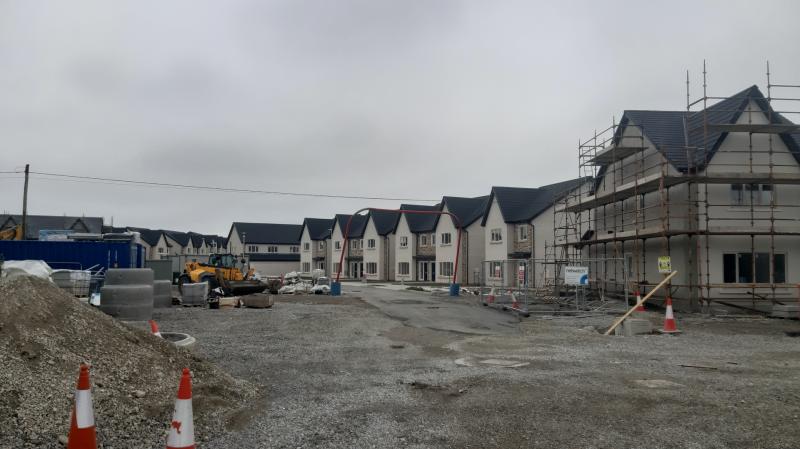 Plans are in the pipeline for another big housing development in Portlaoise on the Dublin Road side of the town on land where a development hit the wall in the Celtic Tiger crash.

Garryduff Properties Ltd is at an advanced stage of finalising a planning application to be submitted to Laois County Council to construct an 85 unit residential development in the Kilminchy area of town.

The development is close to building site where over 43 new homes are being developed on the fringes of the Kilminchy housing development which started in the housing boom.

The developer is at the prevalidation stage with the council in advance of seeking full planning permission.

The council has been told that the project will consisting of the following:

The developer has told the council that the she subject lands formed part of a partially commenced previously granted permission in 2008. This was extended under in 2014 and 2019.

The council has also been informed that the proposed development will have access via the Holdbrook Scheme to the south onto Lime Tree Avenue.

The developer has also informed planners that the proposed development will also include estate roads, footpaths, public open space, foul and surface water drainage, landscaping and all associated infrastructure works and services on 2.761 hectare area.

Another developer has sought permission for 99 new homes at the other end of Kilminchy in Rathevan.

Several other projects are underway or are in the pipeline for the estate on the Dublin Road side of the Laois county town. These include properties on Higgs Lane which is not far from the new Garyduff Properties project but not located in Kilminchy.