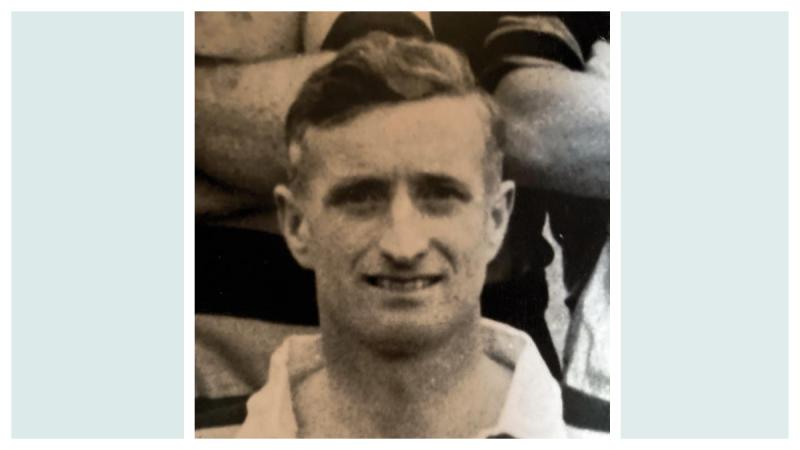 The late Tom Looby of Portlaoise

Dad was born in Carrickbeg just outside Carrick-on-Suir in 1932 to his farming parents Tom and Brigid. He has one brother Lar.

In 1944 Tom and Lar went to live with their aunt Mrs Michael Walsh in Farnane, Cappagh, Millstreet. At 15 he began working in
Ballinamult Creamery in the hardware section and so commenced a 43-year career in hardware. Sliabh Cua was the local GAA club and he played minor football there with two of his great friends Tommie Kenneally and Tommie Coffey.

1950 came and Tom decided he needed to broaden his horizons. His colleagues in Ballinamult Creamery set him up in a job in Duffy’s of Hacketstown. He arrived in Hacketstown and immediately felt at home. Duffy’s was a huge enterprise with a couple of hundred employed. 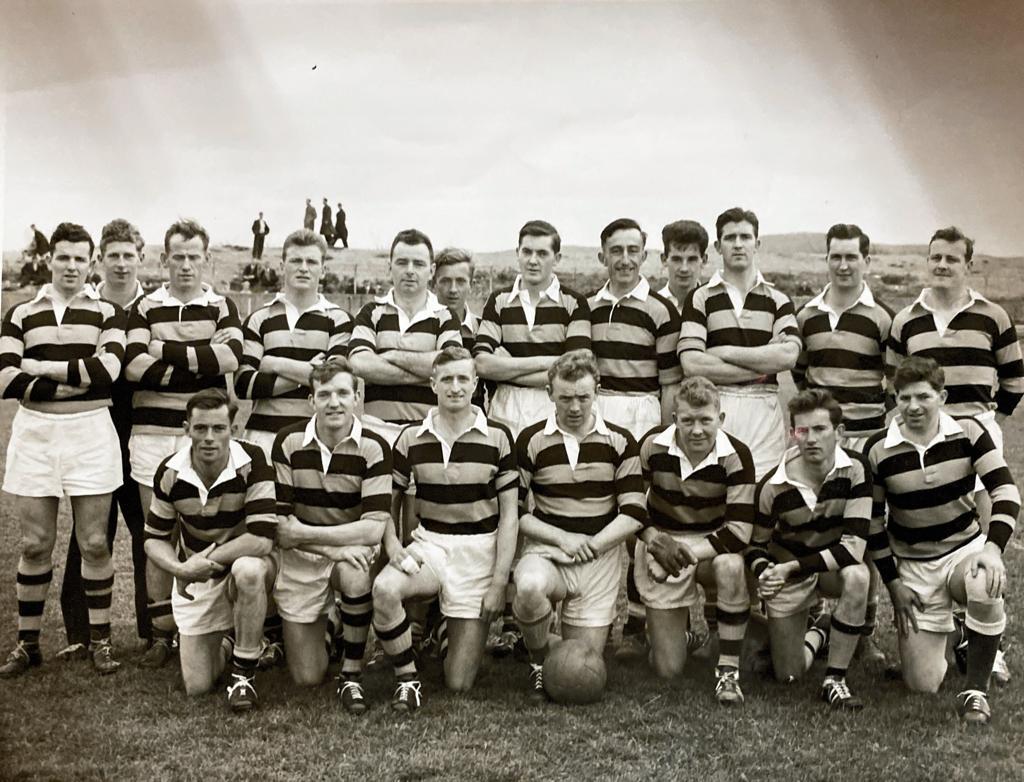 He joined Clonmore GAA. A junior championship came in 1950 followed by 2 senior football titles in 1955 and 56 and 3 Carlow League medals in 56, 57 and 58. Tom also played with the Carlow county team that won a Division 2
National Hurling League medal in 1958.

He loved his time there in his 20’s, young free and single. A short time was spent in Gort where he managed to win a Junior A Hurling Championship. In 1996 Clonmore GAA honoured Tom with the Club’s Hall of Fame Award. 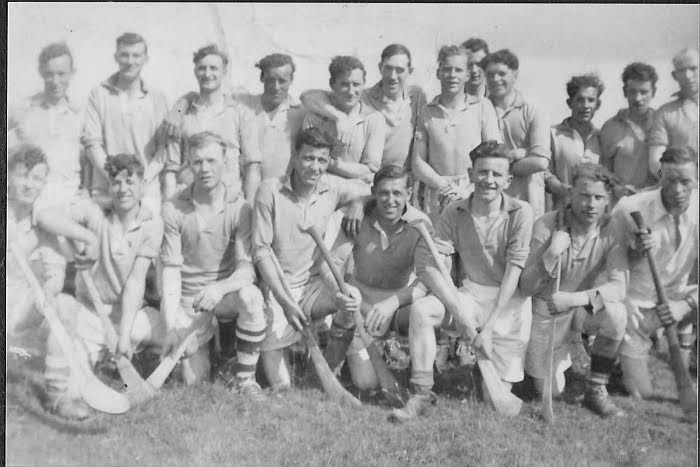 In 1959 Tom arrived in Portlaoise to start work in Kelly’s Foundry. Work Colleagues brought Tom to The Heath to play football and at the same time he went to Clonad to play hurling. He helped the Heath win three-in-a-row senior football titles, 1960,
1961 and 1962 and was also on the Clonad team of 1962 which won the Laois Senior Hurling Championship defeating Borris-in-Ossory in the final.

In 1962 he joined an exclusive club that had won both senior medals in the same year.

Portlaoise PP Monsignor John Byrne said in relation to Tom’s GAA playing days: “That it was not about winning medals as much as the lifelong friendships and the associations he had built during that playing career”.

He met Teresa O’Dwyer, a local Portlaoise woman, in the Colliseum Ballroom. He married in 1962 and had 59 years of happy marriage. They had four children, Caroline, Declan, Regina and Enda. Teresa sadly predeceased Tom on her 88th birthday in March 2021.

Tom’s work life continued in Jessop's Portlaoise and later 20 years in McMahons Portarlington. After 43 years working in hardware Tom was not ready to stop. He started a new career driving – he had various delivery rounds before taking up bus driving for our recently deceased neighbour Johnny O'Brien. May He Rest in Peace (RIP). 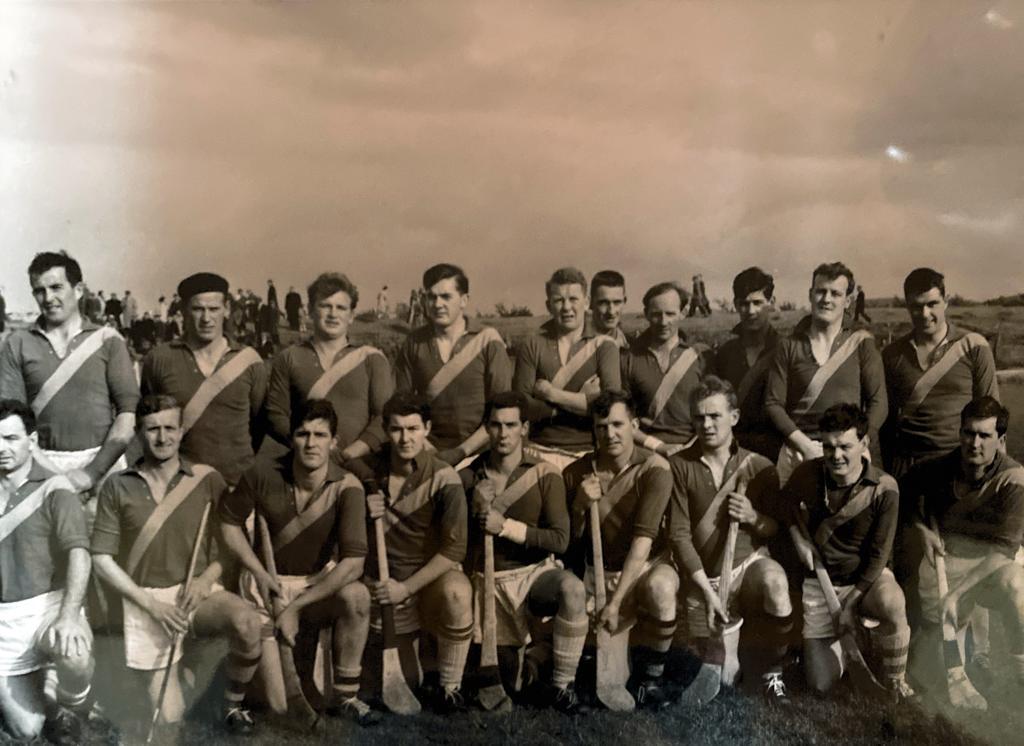 The Looby family express deep appreciation to the staff of the Eye and Ear Hospital Dublin, St James Hospital Dublin, and Midland Regional Hospital Portlaoise for all the care and attention they gave Tom.

They also wish to thank the staff of Cedar Clinic, the Public Health Team and Palliative Care Teams. Clonmore GAA, the Heath GAA club and Clonad GAA all provided guards of honour during the obsequies, a fact acknowledged with deep gratitude by the Looby family.

Special thanks to Matthew Keegan, Funeral Directors, and Monsignor John Byrne who guided assisted and celebrated Dad’s Requiem Mass. Following Mass, Tom was laid to rest with his beloved Teresa in SS Peter and Paul Cemetery, Portlaoise. He is survived by his children, Caroline, Declan, Regina &amp; Enda and his brother Lar, daughter-in-law Aisling, Regina’s partner Michael, by his relatives, cousins, friends and former GAA colleagues in Carlow and Laois. 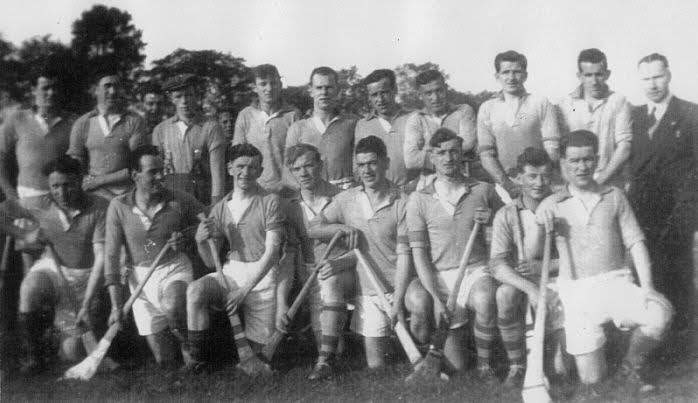