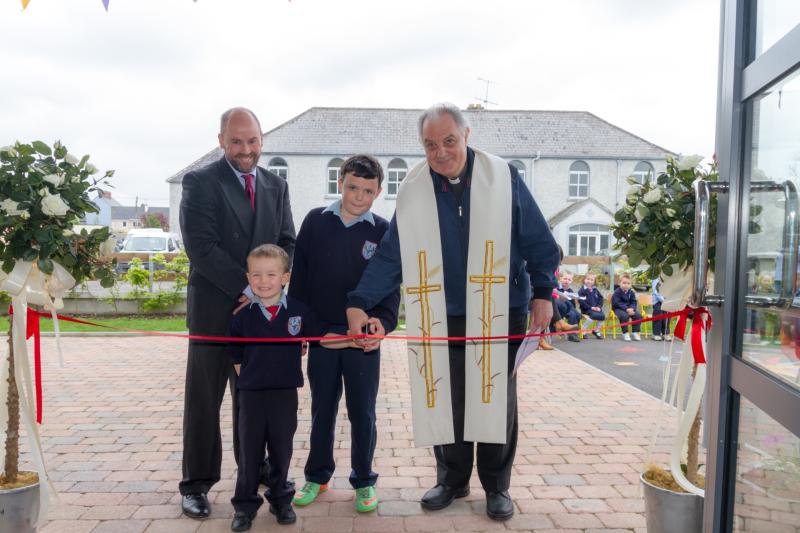 Bishop Séamus Freeman was a kind and gently pastor who emphasised the role of lay people and worked tirelessly for the restoration of the Cathedral Chapter House for the Diocese of Ossory.

Bishop Freenman, who was Bishop of Ossory from 2007 to 2016, passed away on Saturday, August 20, in the presence of family at Highfield Healthcare Dublin.

Bishop Nulty led the tributes to the man who oversaw the running of a Diocese which takes in parts of Laois, Kilkenny and Offaly.

“On hearing the news I thought of the words that Bishop Freeman offered as he retired as Bishop of Ossory on the grounds of ill health in July 2016, when he spoke of the great privilege it had been to have served the people of the Diocese of Ossory. His only regret was that he was unable to stay as shepherd of the Diocese for longer.

“Bishop Freeman served the Church faithfully for many years including in his worldwide leadership of the Pallotine Order, as a parish priest in Rome and here in Ireland as Bishop of Ossory. His deep care for each person he encountered, his interest in the areas of pastoral renewal and faith formation were to the fore throughout his ministry.

“During his time here in Ossory he facilitated the realisation of the Diocesan Pastoral Plan and placed a great emphasis on the role of lay people responding to their baptismal call. He worked tirelessly for the restoration of our beautiful Cathedral Chapter House and surrounding campus. This work, which continues, has served to enhance the faith life of the Diocese and remains as a fitting piece of the legacy that he leaves behind.

“All of us will remember Bishop Freeman as a kind and gentle pastor as we hold his family, friends and his Pallotine brothers and the priests of Ossory in our prayers in the days to come,” he said.

Archbishop Eamon Martin, Archbishop of Armagh, Primate of All Ireland and President of the Irish Catholic Bishops’ Conference, also paid tribute to the native of Callan, Co Kilkenny.

“Since his resignation in 2016 due to ill health, Bishop Séamus has sadly had to endure increasing frailty and illness and he did so with courage, patience and strong faith and trust in God.

“At his retirement six years ago, Bishop Séamus said he was overwhelmed, and indeed “very much humbled, by the kindness and absolute goodness” shown to him and hoped that, “despite human limitations” he had served God’s people well.

“It is to God, who is full of mercy and compassion, that we now commend his soul asking for consolation for his family, friends, the people, priests and religious of the Diocese of Ossory, and the members of his former religious order, the Pallottines,” he said.

He was reposed in the Pallotine College Thurles and St Mary's Cathedral Kilkenny.

Requiem Mass was concelebrated Mass on Friday, August 26 in the Cathedral followed by burial in the grounds of St Mary's Cathedral.