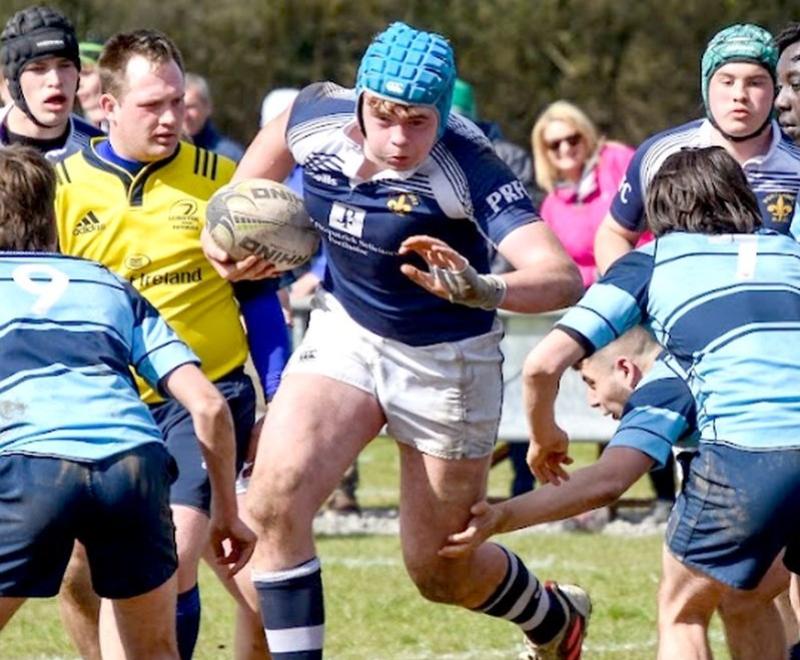 IT was a drawn match in this exciting U/17 Leinster Cup semi-final but as the rules stated, there had to be a winner on the day, and that went to Barnhall as they were lucky enough to score the first try.

Played in Newbridge RFC in Kilcullen, Barnhall started the brighter as if they knew the result would come down to the first try scored. It only took them two minutes to register the try after pulsating pressure on the Portlaoise defence. At that stage it
was looking like a long day in the office but Portlaoise stood up and drove Barnhall backwards.

From a lineout Portlaoise got their trademark maul going and Dylan Kelly was patient at the back of it and spotted a gap on the blind side where he ghosted in for a try.

Back on level terms now and Portlaoise weren’t finished the half yet as they put massive pressure on the Barnhall defensive. Sean Peters finally broke them down with a quick tap and drove over the line to stretch Portlaoise’s lead to 10-5 at the break.

Portlaoise kept the intensity up in the second and Sean Peters, playing the game of his life, scored another try, taking half of Barnhall with him to get over the line. Jake Colbert converted and Portlaoise were 17–5 to the good.

Barnhall, who are unbeaten all year, were not going to lie down and they tried to make the game as unstructured as possible. Quick penalties was their game plan and get the ball out wide and it worked a treat as their never say die attitude got
them two quick tries and converted one to level the match with three minutes remaining on the clock.

With the score board reading 17-17 and news filtering through that Portlaoise needed a score to progress. They threw their bodies on the line and this hard work that earned them a penalty. It was the last play, go for the posts or kick for touch.

The former was taken and the ball when kicked went agonisingly wide. Long drawn out whistle from the ref and despair for the Laois men.