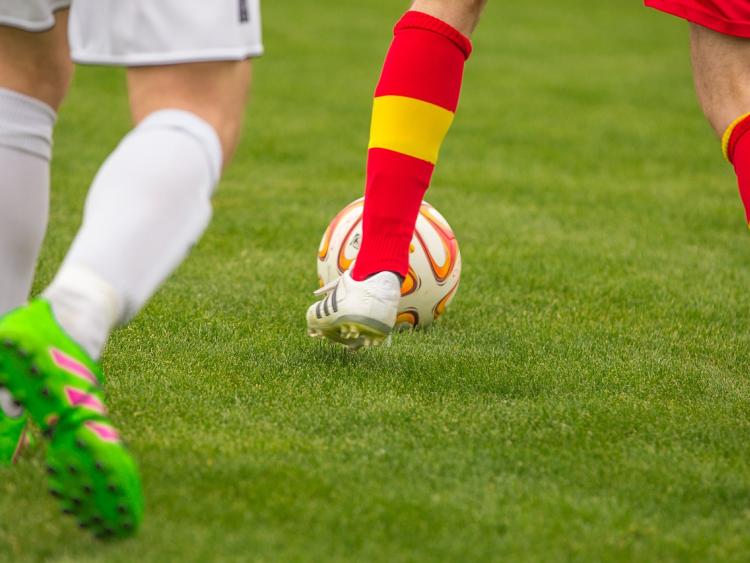 The two Portlaoise sides came together on a beautiful autumn morning for this U-16 league clash, but there was to be only one winner.

The opening quarter saw nice passages of play from both sides. The Utd side forced the first corner of the game after good work by Callum Leonard and Thomas Swords, but the AFC defence dealt with it well.

AFC slowly gained the upper hand, but Tadgh Duffin and Matthew Walsh were putting in massive displays in the centre of defence, while wing-backs Andrew Goggin and David Burke were also holding firm against their formidable opponents, along with spraying fine balls out of the defence to their team mates.

Likewise the midfield trio of Callum Leonard, Brandon McCarthy and Ben Dwyer were more than holding their own, with Callum probably having one of his best games to date for the team.

Sean O Sullivan was doing excellent work holding up the ball and feeding his team mates, with himself and the solid Coin McEvoy having an excellent battle throughout the game.

The breakthrough goal came ten minutes before the break when the returning Cian Rafter found space to rifle home from inside the box.

Five minutes before the break, the livewire Jamie Toman burst through on the right flank and blasted home.

Utd had Benedict Fordjour and Finn Delaney working hard on the left now to try get back into the game, but the half-time whistle blew without any further scores.

Within five minutes of the restart AFC killed the game off when JJ struck his second and his teams third after another quality run and finish.

As the game wore on AFC began to take control, and Utd keeper Aidan Keane came to the fore with three top drawer saves, while Matthew Walsh made a brilliant goal line clearance to deny JJ his hat-trick. However, Cian Rafter struck his second of the game with ten minutes to go, and a minute later JJ got his deserved hat trick with another good strike.

Once again this season AFC will be the team to beat, and they are very strong in all departments and have plenty of depth. Utd players can take heart also, their work rate was excellent and they put some neat passing movements together at times against quality opposition.

Read also:  Stradbally Town get life off to winning start in Division 1