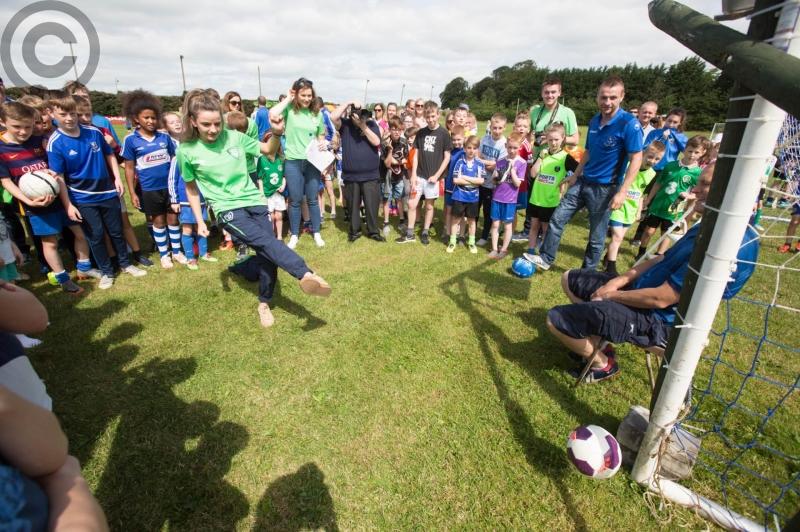 The Lions AFC's Festival of Football in Durrow in 2017.

Soccer clubs in Laois that have built up from ‘nothing’ have been praised by Laois County Councillors.

Cllr John King, Fine Gael, was among councillors who paid tribute at a recent meeting.

“Soccer clubs have to be credited. They started with no fields or no money in comparison to the GAA. The started with nothing and what they have achieved is wonderful,” he said.

“They are doing great work for girls and boys. We want to keep it going if we can. It’s brilliant,” he said.

He added that is is good for young people as the sport helps them make new friends and avoid ‘bad habits’, he said.

The praise was endorsed by Cllr James Kelly, Independent, who has been involved with soccer in Laois and the midlands over many years.

He said the recent victory of the Irish women’s soccer team over Australia is evidence of the progress being made.