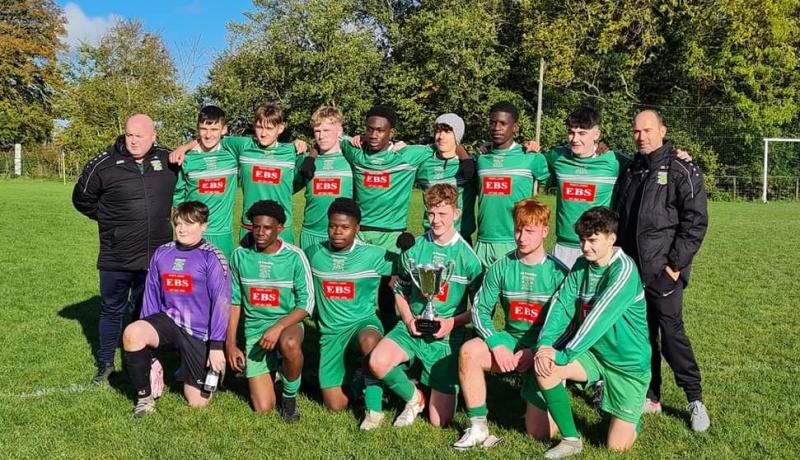 Portlaoise AFC U16's took the short journey to Rosenallis on Saturday for their last game of the East League knowing a win would secure them the title.

Portlaoise took an early lead, Kacper finding the net with a neat effort. Rosenallis reacted straight from tip off with goalkeeper Ryan Maher having to get involved early and pulled of a couple of great saves.

Portlaoise reacted to these couple of chances and soon got their drive back, scoring two more before the break. Rosenallis true to form came out strong at the start of the second period, with the Portlaoise defence of Aaron Keane, George Okpara, Luke Bennet and Eoin Duffin dealing well with the pressure and starting passing the ball around.

Stand in Captain Eoin Duffin scoring from a well taken corner from Desmond Peter's. In the end it wss a comfortable win, but credit to Rosenallis who never gave up, better days to come for them with this attitude.

Portlaoise were down some players with injuries, including caltain Darragh Prendergast, but credit to all the players who came to the game to support their team and also to every player had to dig deep and play the full 80 minutes giving their all on the day.

Congratulations to all the squad and coaches Cliff Maher and Mark Delaney.

WATCH: Ladies in focus as Underdogs series returns to TG4