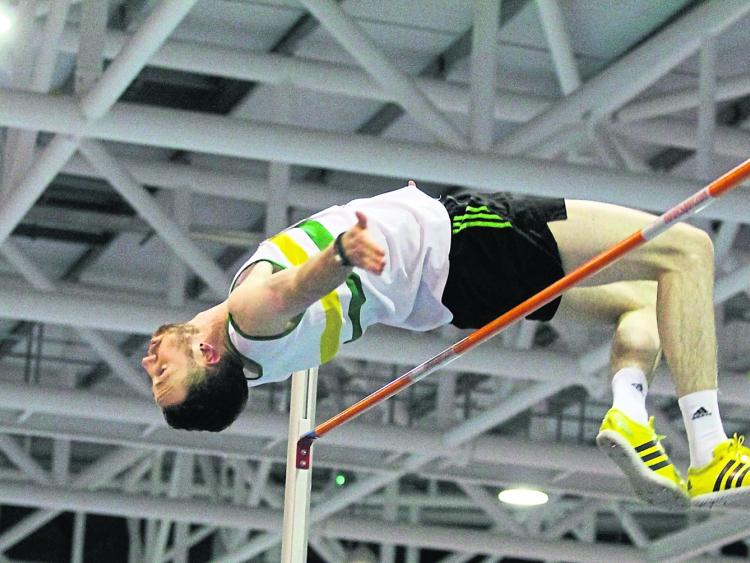 Barry Pender in action in the High Jump.

2016 saw St Abban's athlete Barry Pender compete at the European Indoor Championships in Amsterdam, where he represented Ireland in his chosen discipline, the High Jump.
He came within 3cm of qualifying for the Olympics, and if he can get an injury free run in 2017, will be hoping to have a chance of competing at the World Championships in London.

My personal highlight of 2016 was getting the qualifying standard for the Europeans Championships.

No, unfortunately I didn’t achieve all my goals for 2016. The main goal for me was to qualify for the Rio Olympics and sadly I ended up 3cm off the standard.

Biggest disappointment is same as the above answer, not making it to Rio and also the injuries I picked up which had a major impact on my Olympics target.

Gianmarco Tamberi, the Italian high jumper was the best opponent I faced this year, and sadly he missed out on Rio through injury having possibly been the favorite to win.

This is a tough one, but for me this has to be Wales at UEFA Euro 2016, partly because I was living in Cardiff and the buzz around the city was great and no one expected them to progress so far. It was a great achievement from a small nation.

I didn’t have the time to attend any sporting events in 2016 except the ones I competed at myself!

It would have been amazing to be a spectator in Rio during the Olympics, or the European finals in Paris.

My coaches Sharon and Gareth played a huge role and I can’t thank them enough for everything.

My ambition for 2017 is to have an injury free year and to use it build towards future years. However if the year does go well, id love to make it to the World Championships in London.

My biggest fear would have to be injuries, I had a few in 2016 and I'd like to avoid having any recurring ones if possible.

Aside from yourself who would you like to see be successful in 2017?

I would like to see Chris Baker have a successful year, having trained with him I’ve seen what he’s capable of and he’s certainly one to watch for the World Championships.

I would most like to attend the European Indoor championships in March. There’s always a great atmosphere at indoor meets and I won't have the chance to compete there myself, opting to train through the indoor season.

In athletics I'd have to go with Ciara Mageean. I think she had a great year in 2016, and she can only improve next year.

Premiership and Champions League
It's looking like it could be Chelsea who will win the Premier League. And I'd have to go with Real Madrid for the Champion League.

6 Nations and European Champions Cup
Ireland for the 6 nations and I’ll go with Leinster for an upset.

Laois Senior Football and Hurling?
Portlaoise for the football and Rathdowney-Errill in the hurling.