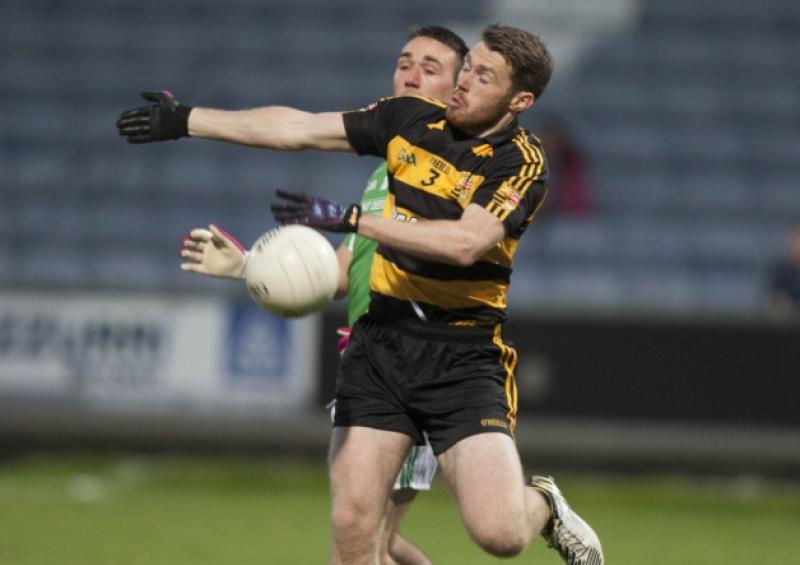 Colin Nestor hit a late equaliser for The Heath.

St Joseph's dropped their first points in ACFL Division 1A this year, as a late point from a 45 by Colin Nestor earned The Heath a share of the spoils.

In a repeat of last year's final, The Heath never looked like sealing a one-sided victory as they did on that occasion, but nonetheless did very well to earn a draw, despite missing almost half of the side which won that final.

For St Joseph's, while they will be disappointed that their winning run has come to an end, it still has done no damage to their lead at the top of the table, as O'Dempsey's draw with Arles-Killeen means they are still four points clear.

The Heath started brightly, with wing-back Nestor and midfielder Daithi Carroll (free) putting them in front. James Phelan pushed them three clear with a little over ten minutes played, but St Joseph's fought back well after that.

Dan Dunne pointed a free in the 17th minute to open their account, and James Doyle was on hand moments later to cut the lead to one. Dunne added his first from play after that before he floated over another free in the 27th minute, as St Joseph's went ahead for the first time.

Unfortunately for the league leaders, they couldn't hold that advantage to half time, as the hosts finished strongly. Daithi Carroll pointed from play before slotting over a free in injury time, as The Heath lead by the minimum at half time, 0-5 to 0-4.

The second half was, like the first, a low-scoring and cagey affair, with James Smith pointing early to draw St Joseph's level. Daithi Carroll edged The Heath back in front with a free, but two more points from Dan Dunne had St Joseph's narrowly ahead.

The Heath then hit a purple patch midway through the half as Carroll (2) and Evin Keane pointed to put them two in front.

St Joseph's responded in kind, as Smith, Dunne and sub Jason Campion all hit the target to edge them one clear with time almost up. The Heath fashioned one last chance from a 45, and Colin Nestor stroked it over the bar to see the game end level.