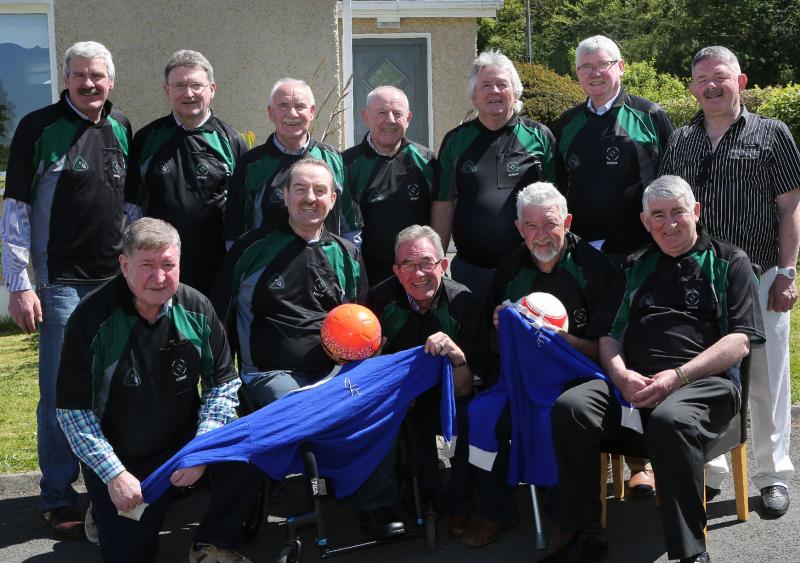 The first ever Arlington AFC team, reunited at the weekend.

In 1966, when England won the World Cup, interest in soccer reached fever pitch in Ireland.

That prompted a group of schoolboys from Station Road, BRacklone Street and St Brigid's Square in Portarlington to set up a club, to give themselves an outlet for this burgeoning interest in the game.

They elected a chairman in Pat Maher, and a committee consisting of Tom Carey, Christy Dunne and Seamus McNulty, and they set about finding a field to play on, and some gear to wear.

To do that, they collected a shilling a week from the schoolboys, and they rended a field from Ms Molly Coogan in Corrig, in August 1967.

In September of the same year they played their first game against the Jesuits, in Emo Court. They boys prodly wore their new jerseys of royal blue with a white collar, which they purchased from Cleary's in Dublin. A successful Record Hop in the Tennis Club raised the money for the jerseys, and as a bonus, because of an earlier mix up in Cleary's, the jerseys came with the numbers stitched on for free. 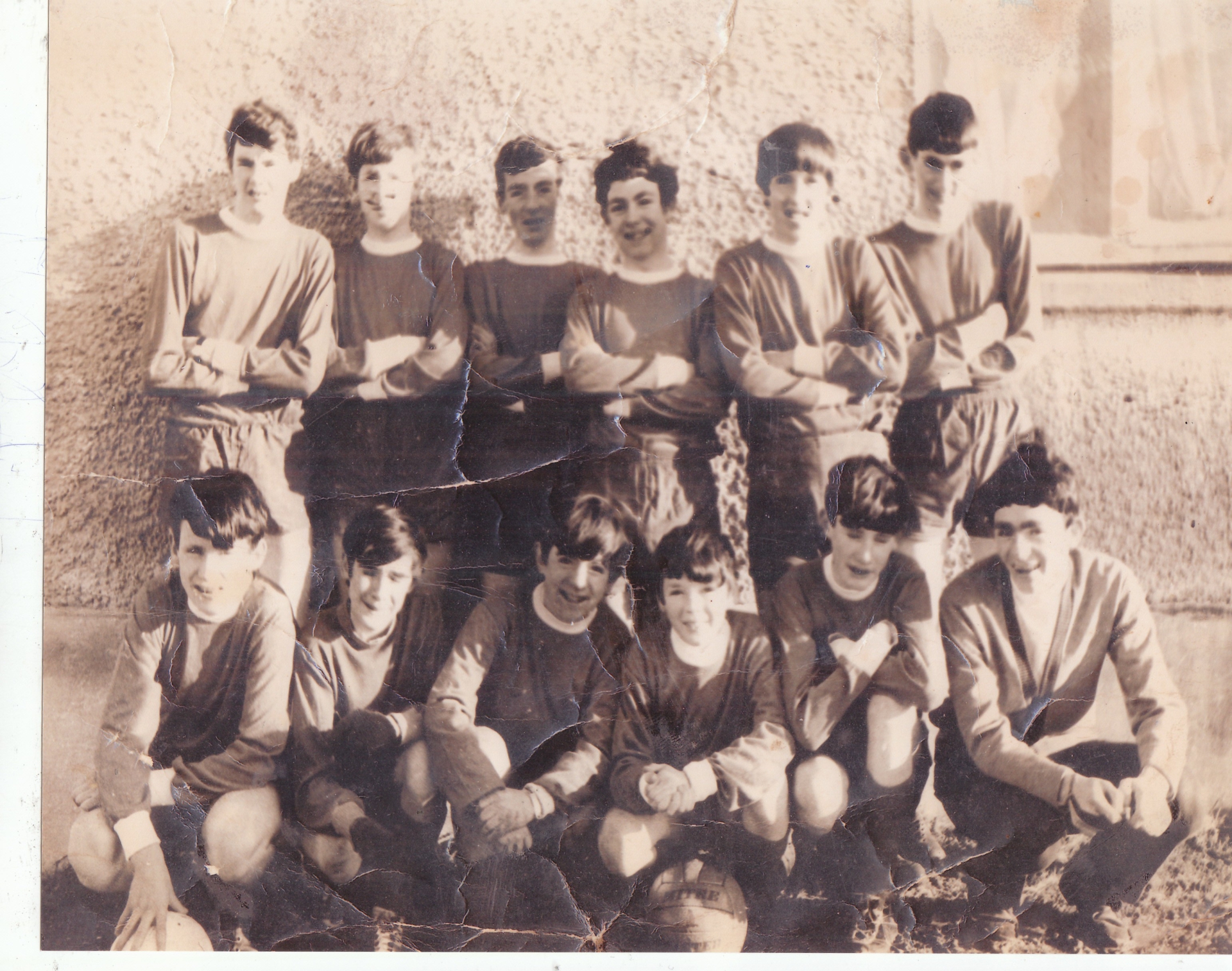 The Arlington team, pictured in Molly Coogan's, in 1967

A gracious benefacor in the shape of Mr Johnnie Behan of Tierhogar House allowed the club to use a field in front of his house, which was called 'The Lawn'.

Games against Monasterevin, Mountmellick and Tullamore followed, as the new team, calling themselves Arlington, got into full swing.

In July of 1968, Tullamore came to play the lads and they brought a guest with them. It was John Minnock, who at the time was playing in the First Division in England with Charlton Athletic. A year later, Minnock was playing internationally for Ireland.

In 1969, the club held an AGM in the Catholic Club, and they decided to open up the club to older members. Mr Tommy Ryan took over as chairman, but Pat Maher as secretary. The club entered the Laois League that same year.

By 1971, the club was growing at such a rapid rate that it needed to purchase land for a permanent home, and they bought land on Lea Road in Portarlington, which has remained their home ever since.

The club grew from strength to strength as the town's population exploded. Today, the clus is one of the most respected and successful clubs in both the schoolboy and schoolgirls leagues, as well as in the CCFL.

The town, the community and the club owe a debt of gratitude to the perseverance and dedication of the young teenage boys who stored up their pocket money to give themselves a chance to play soccer. 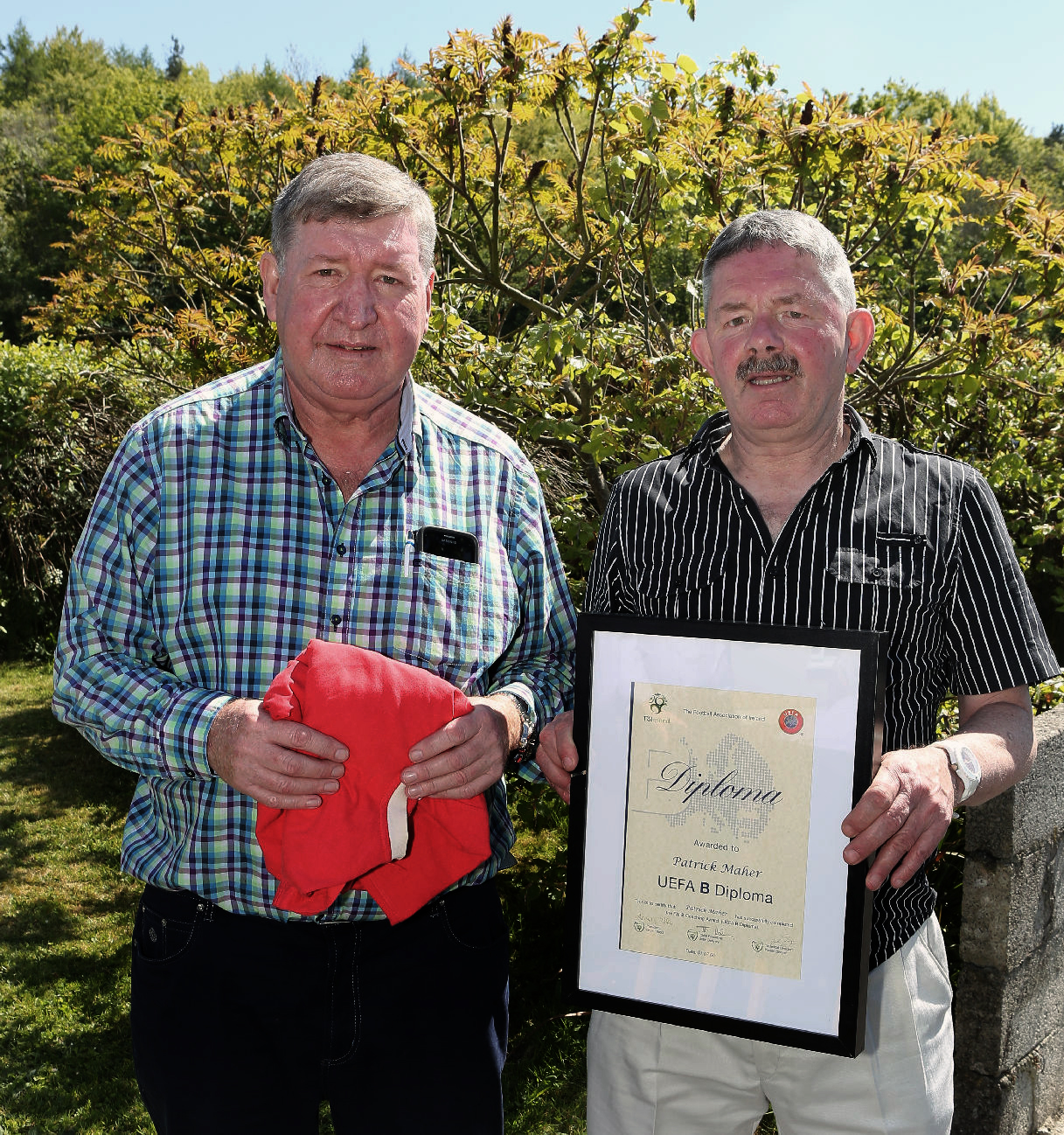 Seamus McNulty (above left) became the first player from the club to be selected for a representative team, when he made his debut for the Oscar Traynor team. Pat Maher (above right) became one of the first people in Ireland to be awarded a UEFA Diploma in soccer coaching, and at present is coaching the Direct Provision team from the Montague Hotel, who will represent Laois in the SARI competition in Dublin this September.