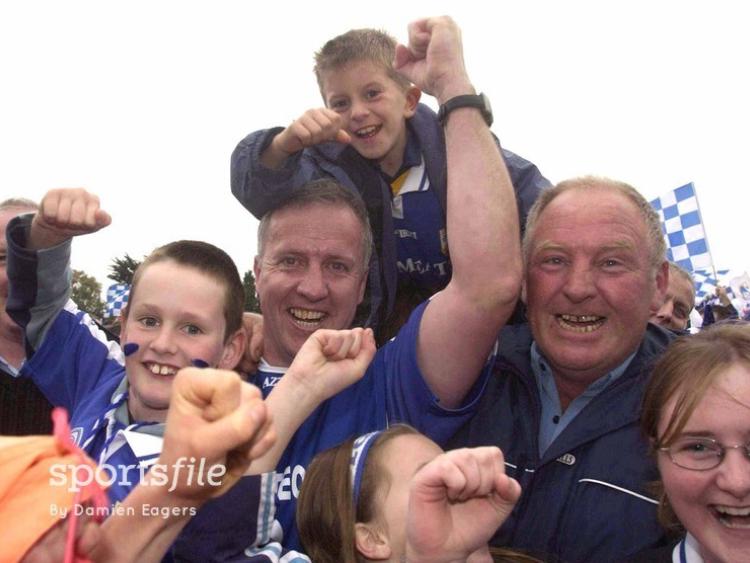 'Lethal Laois leave Dubs in their wake', 'Laois to come out on top in minor thriller' and 'Laois claim All-Ireland Minor Football title' were just some of the headlines in the national media the morning after.

The Summer of 2003 will forever be remembered as one of the greatest ever for Laois GAA as they claimed not only the All Ireland Minor football title but the Leinster senior crown also.

Today marks the 17 year anniversary of that famous Minor win. They needed a replay but they eventually took down Dublin 2-10 to 1-9 in Carlow to land the Minor crown.

Goals from Donie Brennan and Colm Kelly proved crucial with Craig Rogers having the honour of lifting the cup as Captain.

And at the other end of the field the likes of Cahir Healy, Cathal Ryan and Colm Begley minimised the amount of time and space afforded to the Dublin attack.

St Joseph's clubman Sean Dempsey managed the team and in the aftermath of the game he commented;

"I think the venue suited us as it's difficult for a slight team like ourselves to seal off the open spaces at Croke Park. But our tremendous work rate and the fact that we had 15 leaders out there on the pitch were the really important factors in our win."

"Being a point up at half-time with the wind to come was a boost but we stressed to the lads that the wind never won a match for any team."