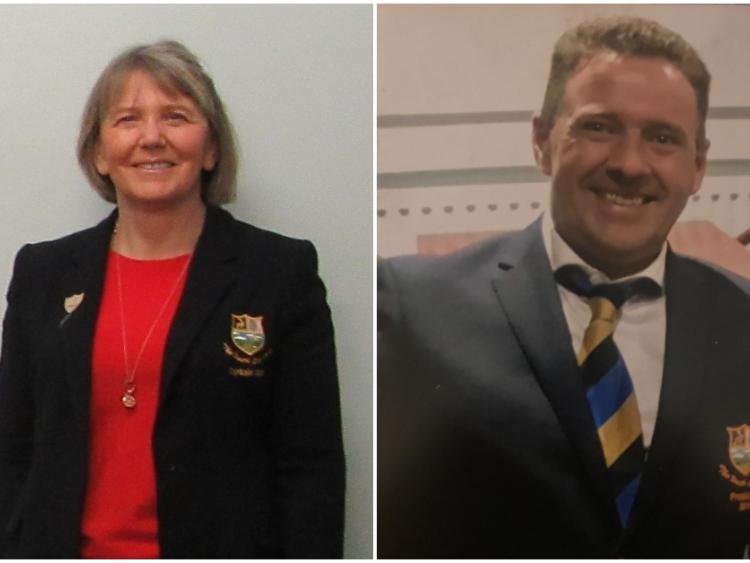 With golf set to re-open across the Country on the 26th of April, golf clubs are busy making sure they are ready for members to hit the fairways for the first time this year.

The Heath golf club is one such club and they have announced their club Captains for the coming year.

Ber Fitzpatrick will be the Lady Captain.  Ber is originally from Allenwood but has been living in Portlaoise since the 80's. Ber joined the club in 2015 after trying golf for about a year and took to it like a duck to water.  She has represented the club regularly on the Minor Cup team, the ILGU/GUI Mixed Matchplay with some success and the Countess of Granard to name a
few.

She was runner up in a Captain’s Prize, won the Perpetual Cup, was runner up last year in the same event and features regularly in club competitions.  She participates in every competition that is organised at the Heath and was a member of the team that won the Winter League last year.

She served as Competitions Secretary for the Ladies section in 2019, a role which she carried out with skill and excellent good humour.  She is chomping at the bit to get back out to golf.  She would like to see another 9 holes added to the course as 18 isn’t enough!

Her ideal four-ball is Rory McIlroy, Suzann Pettersen, who holed the winning putt for Europe in the Solheim Cup and anyone from the Heath who would like to join them. Her hobbies are cards (25s), walking and swimming.

Emlyn O’Reilly will join her for Captaincy duties from the men's side of things.

Emlyn is from a notable musical and sporting family in Portlaoise and now lives in Ballacolla.  He joined the Club as a Junior, aged 9.  He has served on the men’s committee as an elected member and as Competition’s Secretary and President.

He won a Captain’s Prize, President’s Prize and the Intermediate Scratch Cup as well as featuring in numerous Club competitions.  He was selected for many teams including the Jimmy Bruen and the Barton Cup to name a few.

Along with his teammates, he won the Regional Final of the Captains and Officers event in Galway in 2019.  In keeping with his family tradition, Emlyn can be relied on to burst into song when called upon. He also has a great sense of humour, a definite asset in his new role.

His ideal four ball is Seve Ballesteros, Lee Westwood and Shane Lowry. His hobbies are cooking – he got a bronze medal for a dessert at a catering exhibition and while he likes gardening, he does not expect to win any awards for that.  He can’t wait for the return to golf.