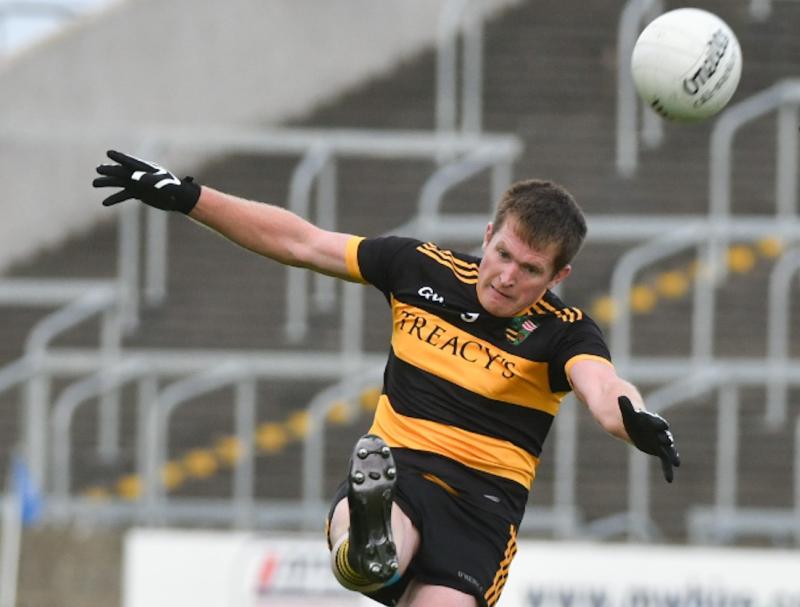 The Heath got 2021 off to a perfect start on Saturday night with a nine-point win over neighbours Emo in Round 1 of ACFL Division 1.

In what was a game that took its time to get going, The Heath produced some lovely attacking football. The game didn’t see a score until the 12th minute, and while the rest of the first half was fairly evenly contested, The Heath dominated the second period, holding Emo to just three points while kicking eight themselves.

Their full-forward line really caught the eye, with Andrew Booth hitting 2-4 from play and brother Robbie and Brian Ging chipping in with 0-4 between them. Liam Kinsella also showed well at midfield and they defended solidly as well, making it a positive night all around for them.

For Emo, with the 2020 SFC semi-final on the horizon, they won’t have been happy with their display here, especially with how the faded in the second half. They can at least point to the fact that they were missing five of the team which beat Portlaoise in last year’s quarter final, but they’ll have learned a lot about what they need to work on from this outing.

After a barren opening spell, in which Emo were guilty of some poor finishing, The Heath opened the scoring with a point from Brian Ging in the 12th minute. That finally got the scoreboard moving and The Heath quickly pushed on, with Robbie Ging adding two more soon after to push them three clear.

With their tails up the pressed on and did so in some style too. A fine team move ended with Andrew Booth being put through on goal, and his precise finish evaded Niall Gorman and found the back of the net.

That seemed to be the jolt that Emo needed, and having gone 20 minutes without a score, they managed three points in a little over two minutes, Paul Lawlor, Shane Murphy and James Hilliard (mark) the scorers. Andrew Booth hit back for The Heath but another hattrick of Emo points saw just a point between them as normal time elapsed.

The Heath finished the half strongly though, Conor Booth hitting a free before a superb pass found Andrew Booth 20 yards out, and his delicate lob arched over Gorman and into the Emo net. The Heath led 2-5 to 0-7 at the interval.

Both teams traded a brace of points early in the second half to maintain the status quo, and then The Heath simply took over. They shut Emo out at one end of the field and went on a run of six unanswered points at the other, Andrew Booth kicking a couple of lovely scores along with James Phelan, Liam Kinsella and Robbie Ging to see them safely to victory.