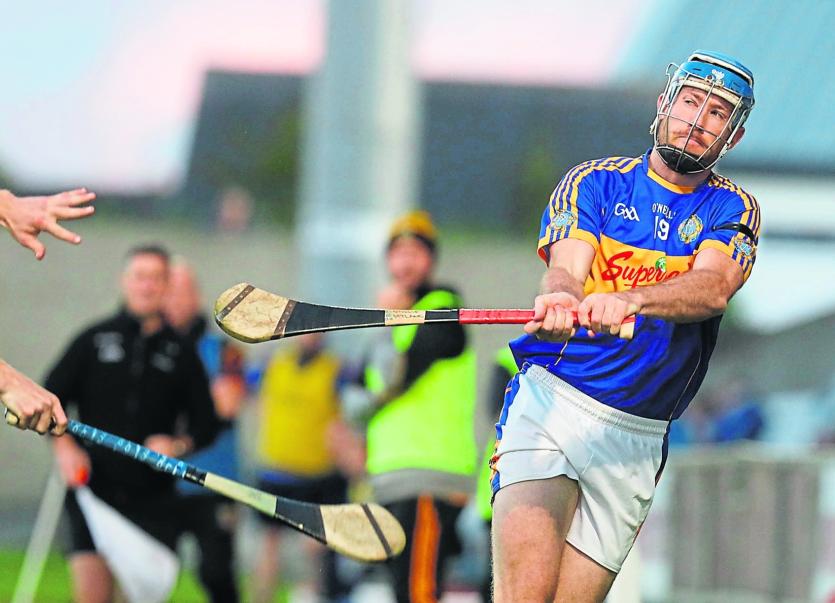 Two of the top teams in recent years squared off in the second round of the All County senior hurling league on Sunday and in the end, they couldn't be separated.

With Lee Cleere and Stephen Bergin in their ranks, Clough-Ballacolla were boosted by their returning County stars but in the end, both sides will be content with the point and a decent, competitive run out.

Points were traded early on with Cillian Dunne on target for the home side while Rathdowney/Errill, boosted by several players who won the 2020 Intermediate title a week earlier, had Dylan Carroll on target.
Clough Ballacolla got in for an early goal on 10 minutes from Aidan Corby and that goal gave them a two point cushion a the water break as they led 1-4 to 0-5.

The sides were staying within reach of each other. Dylan Carroll and Jordan Walshe exchanged frees on multiple occasions while Rathdowney/Errill missed chances to go in level at half time with some wayward shooting.
Clough Ballacolla held the advantage at half time 1-8 to 0-10 but just two minutes into the second half, Rathdowney/Errill hit the front when Paddy Hassett found the net after good work from Brandon McGinley.

Liam O’Connell converted a free and now his side were three clear having been a point down minutes earlier at half time. Walshe and Carroll were continuing to nail the frees but Clough Ballacolla then missed a glorious chance for a second goal as Rathdowney-Errill keeper Damian Madden made a superb save from Stephen Bergin.

The home side needed to buck up fast and with Cillian Dunne pointing from a difficult angle, it roused them back into life. Jordan Walshe added two in row but a point from Joe Fitzpatrick looked to have seal the win for Rathdowney/Errill.
However, there was more drama to come.

From the puckout, John Dwyer made space and picked out the in running Kevin Mulhall and with a venomous shot gave the visiting keeper no chance and the sides were level with four minutes to go.

Rathdowney-Errill went down field and Dylan Carroll free put them back into the lead. The end to end nature continued and two points from Cillian Dunne flipped the game and now it was the Clough Ballacolla men who led by a point in injury time.
Up stepped Brandon McGinley with the equalising score and the game ended all square.

READ MORE MATCH REPORTS FROM THE SENIOR HURLING LEAGUE BELOW