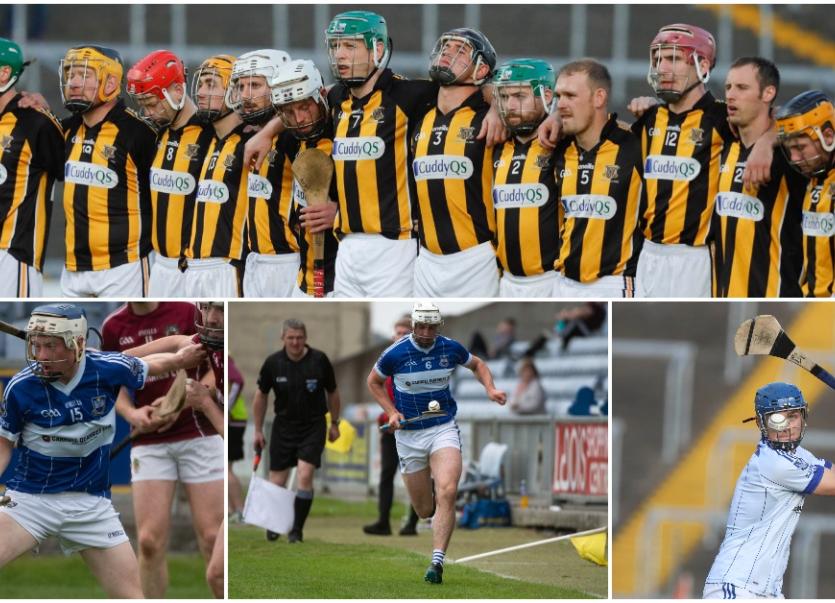 Camross backed up their opening round win over Borris-Kilcotton with a hard fought win over Castletown on Sunday.
Now two from two in the league, they had Andrew Mortimer to the fore in the half back line as their experience told in the final quarter.

Points from Darren Gilmartin and Gearoid Burke had the Camross men in an early lead and while Shane Phelan did reply for Castletown, it was Camross who held a five point lead going in at the water break in the opening half.
Castletown came back out intent on eating into the deficit and they put the pressure on. Oisin Bennett slapped over a point for Camross before Joe Phelan notched the first goal of the game to bring Castletown right back into it.

Shane Phelan and Darren Gilmartin traded frees before half time but it was the Camross men who lead at half time by a solitary point.

Camross got their first goal in the opening minutes of the second half with Oisin Bennett finding the top corner to give them a nice cushion. Castletown were resolute though and points from Shane Phelan, Conor Phelan and Brendan Reddin had the sides level.

Castletown held the Camross men scoreless for 10 minutes before Gilmartin finally ended the spell with a free but points from John Gaughan and Conor Phelan put the Castletown outfit a point in front at the second water break.

The final quarter was all action. Scores were flying in from both sides but it was Camross who used their experience to pull away. David Mortimer was sprung off the bench and he made an immediate impact with two points.

Castletown answered back yet again but a Greg Cuddy goal five minutes from time proved the defining score as Camross edged it by three points in the end.

A point each for Eoin Gaughan and Odhran Phelan saw out what was a very hard fought victory for Camross.

READ MORE REPORTS FROM THE SENIOR HURLING LEAGUE BELOW