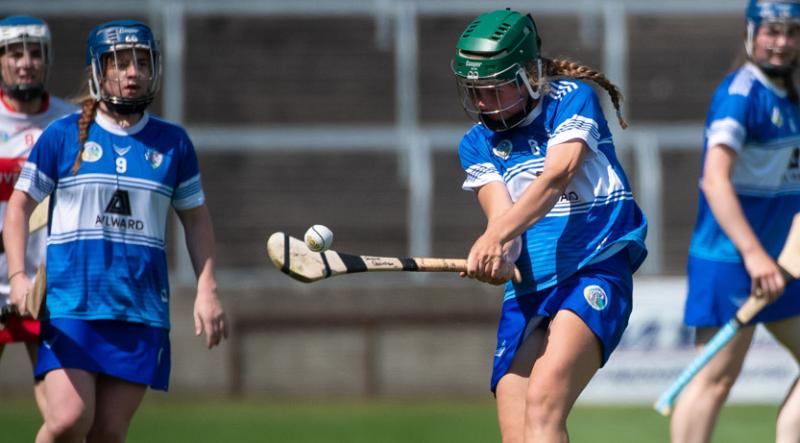 The Laois Intermediate camogie team were outclassed in O'Moore Park on Saturday afternoon as they travelling Derry outfit put them to the sword. Derry were by far the better side throughout the game and you couldn't argue that they didn't deserve their 12 point win.

It was a poor start to the championship for the Laois and while they were missing some key players, they now have an uphill battle ahead of them with games against Kerry and the Tipperary second string to come.

The first half started as a slow burner with both sides firing some poor wides. Derry were the first to settle with a free from Aoife Shaw opening the scoring in the sixth minute.

Sinead Mellon and Eimear McGuigan extended the lead and Derry, who had to make the long trek to Portlaoise, found themselves in an early 0-3 to 0-0 lead after 10 minutes.

Laois weren't about to roll over though and they were back on level terms by the 13th minute with Alice Walsh opening their account on 11 minutes before a free from Aimee Collier and a neat point from Sara Cuddy had it all square.

A monster long range free from Clodagh Tynan edged Laois in front but Derry hit straight back to ensure the sides went in level at the water break.

Derry took a stranglehold on the game in the second quarter and opened up a decent buffer. They got the first goal of the game on 21 minutes when Aoife Shaw batted past Aedin Lowry while Eimear McGuigan added her second point to push them into a 1-5 to 0-4 lead.

Collier landed her second free of the game on 25 minutes but that was to be the last Laois score of the half while the Derry girls tagged on three more before the half time whistle, the pick of those from the impressive midfielder Megan Kerr.

Their job got even harder at the start of the second half as Derry freetaker Aine McAllister floated over two frees to extend their lead to eight points. Aimee Collier notched another but Derry kept the scoreboard ticking over with two more scores. It could have been more but Aedin Lowry pulled off a super save on 45 minutes to keep Laois hopes alive.

Aimee Collier was excellent on the frees and she landed another just before the second half water break as Derry led 1-12 to 0-7 with 15 minutes to go.

Laois needed a goal after the water break to bring them back to life but instead it was Derry who kicked on adding further scores to enhance their dominance.

Aimee Collier was the only shining light for Laois from a scoring sense as her frees kept the scoreboard moving for the O'Moore County.

As the game wandered into the final five minutes, Derry led 1-16 to 0-9 but their bench contributed the strongly in the closing stages as they won out 1-19 to 0-10 in the end.