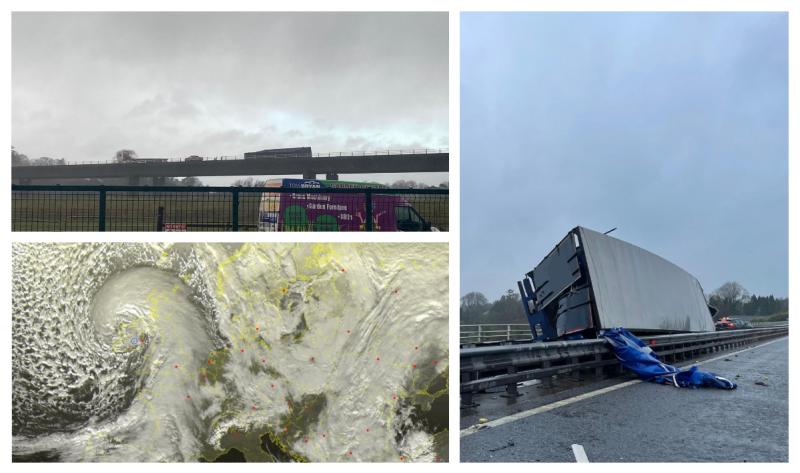 A picture had already been published of the incident on during Storm Barra on the busy Dublin to Cork M8 motorway that passes through Laois and a number of other counties.

It showed the truck from a distance on a bridge. A second shows the truck in as perilous position perched on the side of the boundary between the two lands after being blown over by Barra.

Gardaí had to close part of the road during day one of the storm due to an overturned truck on a bridge. A Status Red wind warning was in forced in Cork and Kerry at the time on Tuesday, December 7.

The M8 between Junction 13 & 15 was closed with all Dublin direction traffic diverted.

No injury was reported as a result of what was a narrow escape.