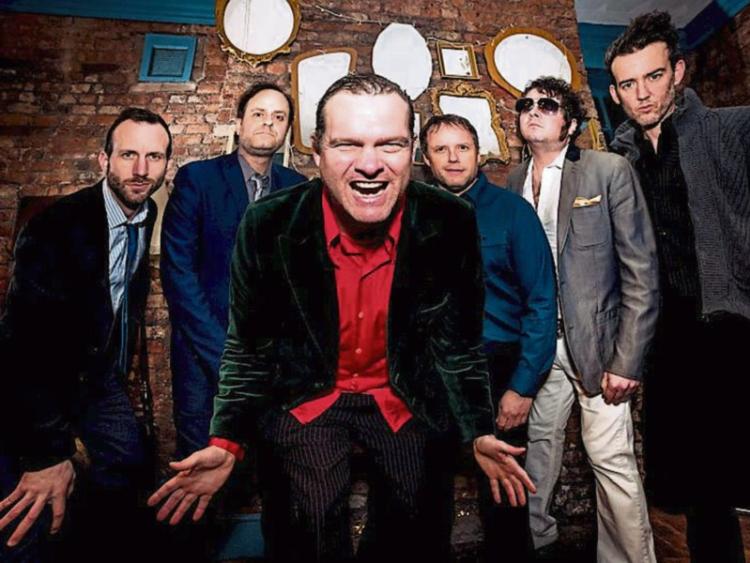 The man who once memorably promised to take audiences to a Gay Bar brings his unique sound to the stage of a local bar this weekend, when Dick Valentine comes to Kavanaghs in Portlaoise.

Tyler Spencer, also known as Dick Valentine, is an American singer, songwriter, musician, and author. He is best known as the lead vocalist, main lyricist, and co-founder of the rock band Electric Six.

Six-piece band Electric Six from Detroit, Michigan. Their style has been described as a brand of rock music infused with elements of "garage, disco, punk rock, new wave, and metal."

Valentine founded Electric Six in 1996, at which time the band was named The Wildbunch, but this was changed due to complications with another band of the same name.

He is also one of the two members of the dance group Evil Cowards,] is one of the vocalists for hard rock band Bang Camaro, and was temporarily a member of the short-lived band The Dirty Shame. He released his first solo album, Destroy the Children, under the Dick Valentine pseudonym on May 14, 2012.

Excluding appearances on other artists' songs, Dick Valentine's first solo venture was the soundtrack for Machinima original series Bite Me. Valentine's Evil Cowardsbandmate, William Bates, scored the series, while Valentine wrote and performed a variety of original songs. Despite repeated claims that the songs would be made commercially available, Machinima are still yet to release any of them.

He is coming to the UK and Ireland in May and June of 2019 with only an acoustic guitar and copies of his extraordinary 5th solo album I Am a Moth, I Am Starving, That’s A Nice Sweater You Got There, Let’s Do This.

This tour is the return of the American Troubador experience after a one-year hiatus. See Dick Valentine raw and acoustic, performing songs from his solo records, cover songs and of course, Electric Six material as well.

Dick Valentine comes to Kavanaghs on Sunday May 5, taking to the stage at 9.30pm. Tickets are priced €15 and the show is for over 18s only.